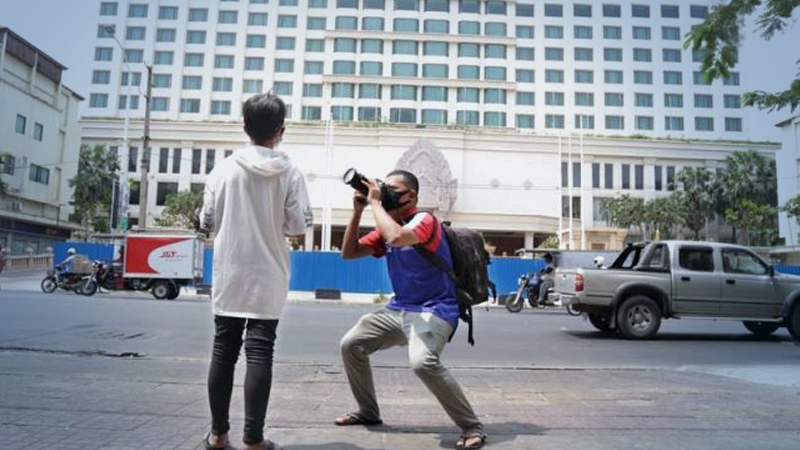 The ministry has turned the Great Duke Hotel (above) and the Chak Angre Health Centre into facilities to treat Covid-19 patients. (Photo: Heng Chivoan)

The Ministry of Health said nine new cases of Covid-19 infections were detected in the Kingdom on Tuesday, bringing the total thus far to 33. There were 12 cases detected late on Monday.

And in an immediate response the ministry announced its decision to close all KTVs and theatres in the Kingdom to halt the sudden burst of new infections. It also decided to turn the Great Duke Hotel and the Chak Angre Health Centre into facilities to treat Covid-19 patients.

Of the latest nine infections detected on Tuesday, the ministry said six were found in Cambodian Muslims who recently returned from a religious event in Malaysia. One of them, a 40-year-old man from Siem Reap city’s Sambuor commune, is being treated at the provincial hospital.

Two other men, aged 27 and 40, from Chhrang Chamres commune in Phnom Penh’s Russei Keo district, are being treated at the Khmer-Soviet Friendship Hospital.

Another 36-year-old man from Chhouk Sar commune in Kampong Chhnang province’s Kampong Tralach district, is being treated at the provincial hospital.

The final three Covid-19-infected persons are all Malaysians aged 58, 61 and 66, who also returned from the Muslim religious event in Malaysia. They are being treated at the Kep provincial hospital.

Of the 12 Cambodians reported to be infected late on Monday, 11 were Muslims who attended the same religious event in Malaysia, while one had returned from Thailand.

Of the number, two were traced in Phnom Penh. The rest were found in the provinces – two in Banteay Meanchey, two in Kampong Chhnang, four in Battambang, one in Kampot and one in Tboung Khmum.

The ministry said: “Our emergency response teams and doctors at the national and sub-national levels are searching for anyone who may have come into contact with any of the infected, particularly those that attended the event in Malaysia.”

The Post spoke on Tuesday with one of those who tested positive for the virus. Speaking on condition of anonymity, he said he travelled to Malaysia on February 27 to attend the religious event. There, he and the other attendees were grouped according to nationality.

“We all ate together. I mostly spent time with my friends and with a few people from the Philippines and Indonesia,” he said.

The man returned to Cambodia on March 3, landing at the Phnom Penh International Airport. At the airport, his temperature was checked and found to be normal. He then went to his home to Battambang province and left for Kampong Cham the following day.

The ceremony he planned to attend in Kampong Cham was cancelled, and he returned to Battambang. But on March 13, he was tested for Covid-19 and confirmed positive. He was put in quarantine in a provincial referral hospital in Battambang, where he remains in good health.

The ministry also instructed all provincial governors to form provincial committees to fight the disease.

The decision came after Prime Minister Hun Sen last week formed an inter-ministerial committee led by the Ministry of Health to contain the outbreak. The committee is composed of officials from 12 ministries and the governors of all provinces.