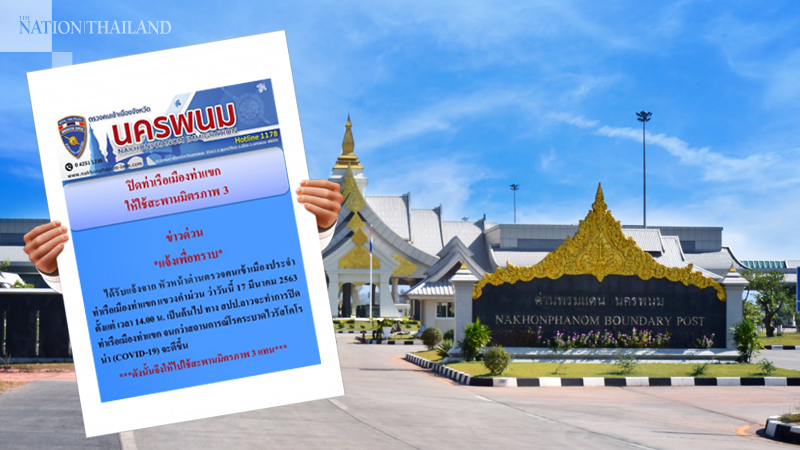 Laos has closed its four immigration checkpoints near Thailand’s Nakhon Phanom province, since it does not have enough medical personnel to screen for Covid-19 at the four places.

On Tuesday (March 17), the Immigration Police Office at Nakhon Panom province informed that Laos will close its immigration checkpoint at Thakhek port from 2pm on Tuesday, until the Covid-19 situation is resolved.

On the same day, Nakhon Phanom Governor Siam Sirimongkol announced that Laos and Nakhon Phanom have collaborated to close four local checkpoints, including the Thakhek port.

However, Laos has allowed travellers from Thailand to pass through the Third Thai-Lao Friendship Bridge, at Nakhon Phanom.

Moreover, Laos said that Thai Covid-19 patient and friends had visited the country through Nakhon Phanom on March 12.