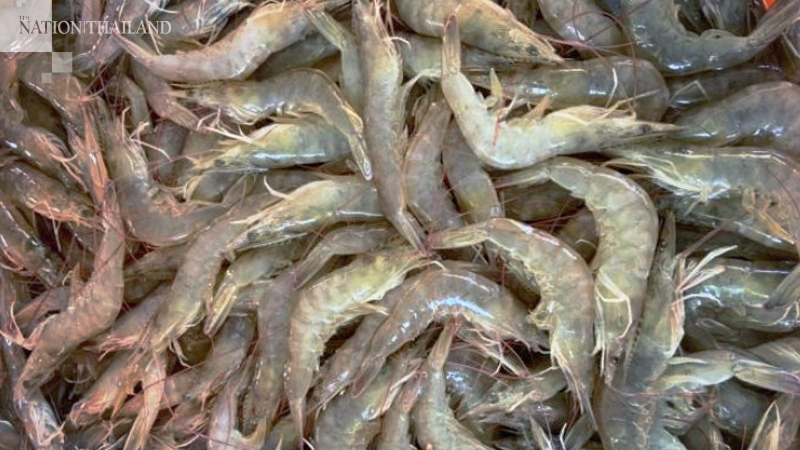 The Covid-19 outbreak is likely to cost Thai exporters of shrimp Bt340 million-Bt650 million over the course of February to April, the Department of Fisheries estimates.

Deputy director-general Bunchong Chumnongsittathum said on Wednesday (March 18) the virus crisis had slowed exports of all fish and fish products to major markets like the United States, Japan and especially China, where Thailand ships live and frozen products by air.

“Fishery exports were heavily affected after China began locking down cities and Thailand had to suspend flights there,” he said.

“At this point, we expect the export of live and frozen shrimp from February to April this year to drop by 1,500-2,900 tonnes, representing a value of Bt340 million-Bt650 million.”

The department is looking at ways to offset the losses, such as “changing the product design”, Bunchong said. “We can also increase the export channels by exporting frozen and boiled shrimp by road instead of exporting live shrimp by plane,” he said.

“And we need to find new markets, especially in neighbouring countries like Laos and Cambodia, which currently have more purchasing power.”

Thai fruit, meanwhile, has regained access to China via the Mohan checkpoint and Mengla Customs facility in Xishuangbanna in Yunnan province, which has now reopened.

Agriculture and Cooperatives Ministry permanent secretary Anan Suwannarat said the Office of Agricultural Affairs at the Thai Embassy in Beijing had reported that the checkpoint was back in business.

“This the main route for exporting Thai fruit via Route R3A to Laos. Mengla Customs has established strict guidelines to prevent an outbreak at the border, and they’ll have a lot of work to do because Thailand exports a lot of products through this checkpoint.”

“Since February 20, the volume of Thai fruit imported by China has been continuously increasing,” he said.