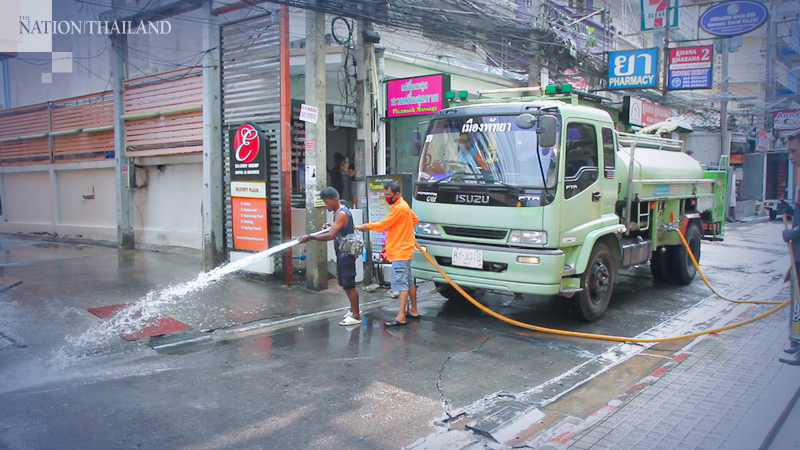 There was another “Big Cleaning Day” in Pattaya on Wednesday (March 18), but considerably more serious than the usual litter sweeps of the beach.

As soon as it was reported that a 67-year-old Belgian tourist has been confirmed as infected with the Covid-19 virus, a major scrub was undertaken in the areas he’d visited.

The Belgian man arrived in Thailand on March 3, had drinks in Pattaya, spent the night in a hotel, and then went to stay at his wife’s house in Phetchabun province.

He fell ill on March 10 and went to the private hospital, where the Covid-19 diagnosis was made. 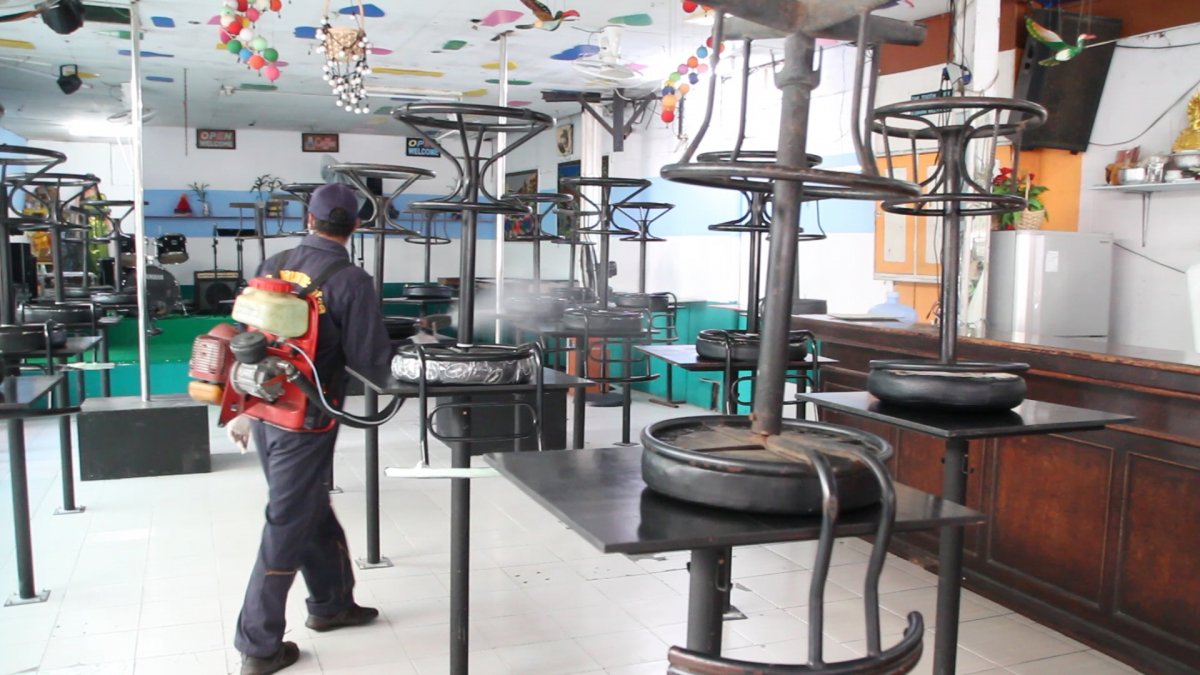 Pattaya’s Public Health and environment officials immediately began sanitising a beer pub on Soi Pattaya 8 where the tourist had drinks, his hotel, Walking Street, the port and a market.

Special attention was paid to ATMs, shop door handles and other surfaces that are frequently touched.

People with whom he may have been in close contact were notified and asked to remain at home for 14 days while being monitored. 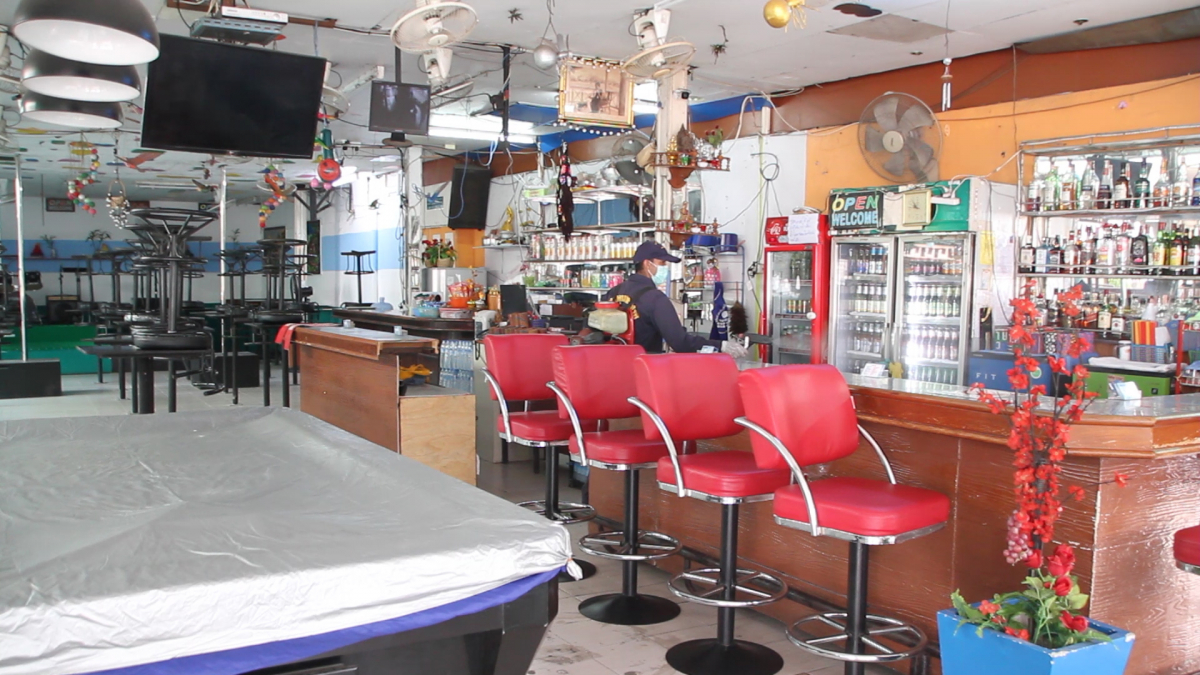 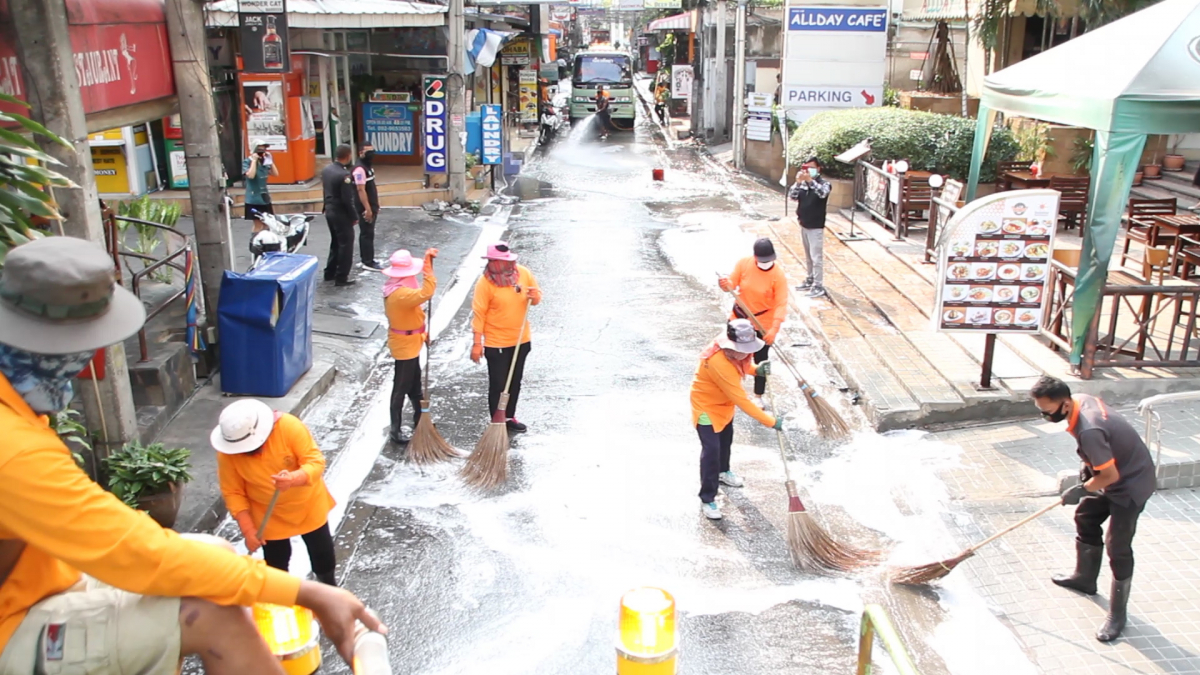