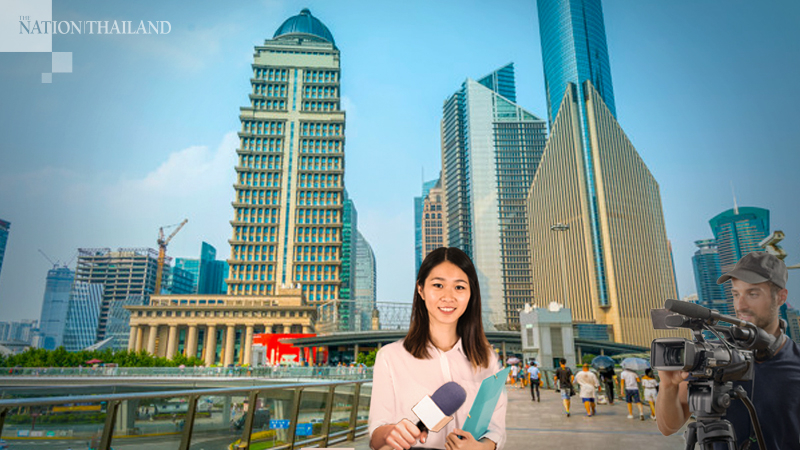 The world is gripped by an unprecedented health crisis. The global economy is on the brink. And the relationship between Beijing and Washington has rarely looked worse.

Amid all this, China announced Tuesday that it will expel about a dozen American journalists working for The Washington Post, the New York Times and the Wall Street Journal in the country and force these outlets and two others to register as "foreign missions."

China's move will almost certainly elicit a response from the United States, in a cycle of escalation at a particularly delicate moment. So why, many wonder, would China do this now?

One answer: To show it can.

China cast Tuesday's move as a matter of reciprocity: The Trump administration implemented new rules for Chinese state media operating in the United States, so China, its Ministry of Foreign Affairs said, would do the same.

But the scope of Beijing's response was "unprecedented and extraordinary," said Jude Blanchette, head of China studies at the Center for Strategic and International Studies in Washington.

"The message is: We won't play by the old rules."

For China, that messaging makes sense.

The coronavirus outbreak, which originated in the Chinese city of Wuhan, has shaken China and rattled its leadership. In recent weeks, officials have waged a campaign to erase a deadly coverup and recast the crisis as a victory for the Chinese Communist Party and its leader, Xi Jinping.

In this alternative version of history, being written in real time, the party moved quickly and decisively, marshaling technical prowess to vanquish the virus and diplomatic might to keep foreign critics in line.

Silencing and discrediting reporters is part of this.

In January, after a mysterious virus swept across the Chinese heartland, reporters traveled to Hubei province to cover the story, filing bracing reports from the ground.

As the situation worsened, the authorities censored some pathbreaking Chinese reporting and tried to discount foreign coverage as an "anti-China" plot.

This sensitivity to foreign coverage is not new. Over the past decade, Beijing has delayed approving or revoked press credentials to punish news outlets for coverage it does not like.

But the pace of these revocations seems to be quickening, according to the Foreign Correspondents' Club of China, particularly in the aftermath of the outbreak in Wuhan.

"People in the Chinese government have come to believe that the Western media deliberately tried to undermine this narrative of a great Chinese victory in Wuhan," said Victor Shih, an associate professor at the University of California at San Diego's School of Global Policy and Strategy. "This is a product of it own propaganda."

The Chinese Foreign Affairs Ministry is also going on the offensive. A spokesman for the department went so far as to float a conspiracy theory that the U.S. military brought the novel coronavirus to Wuhan.

"This is a diversionary war," said Susan Shirk, chair of the 21st Century China Program at the University of California at San Diego. "You stimulate an international conflict to divert the public from your domestic failures."

It is also part of a broader conflict between two superpowers that have clashed on trade and technology.

China has targeted U.S. journalists for many years. Past U.S. administrations have been wary of responding in kind, fearful that taking aim at Chinese state media workers would send the wrong message on press freedom or put American journalists in China at risk.

The changed in February, when the Trump administration decided to designate the U.S. operations of five Chinese state media outlets as "foreign missions," not newsrooms.

The next day, China hit back, announcing that it would expel three Wall Street Journal reporters - two American, one Australian - over an Opinion section headline that referred to China as the "sick man of Asia."

In early March, the Trump administration limited to 100 the number of Chinese nationals who can work in the United States for the five state-controlled Chinese news organizations, effectively forcing 60 Chinese citizens to leave the country.

"We are in a downward spiral with two sides that are not looking for an off-ramp," said Blanchette of CSIS.

"Right now the politics are good for both administrations to look tough," he said.

Still, Tuesday's expulsions caught the United States by surprise, according to a senior State Department official who spoke to reporters on background, as is customary, on Wednesday.

The official implied that Washington would respond, but did not specify how or when. "We have a lot of other things we can do," the official said.

Asked about the expulsions during the daily White House coronavirus task force briefing, Trump told reporters Wednesday that he was "not happy" to see American journalists banished from China, even if he does not think much of the affected newspapers.

"I have my own disputes with all three of those media groups. I think you know that very well," he said. "But I don't like seeing that at all."