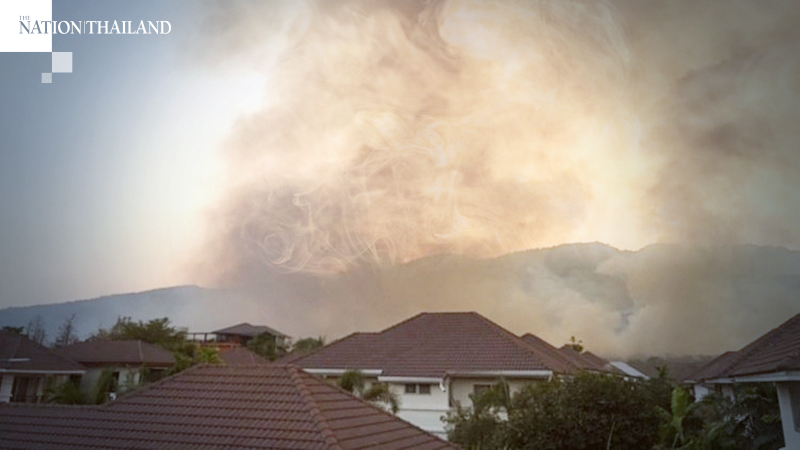 Some 200 firefighters were struggling on a mountain slope on Wednesday (March 18) to extinguish a forest fire that was pouring yet more hazardous PM2.5 dust particles on the people of Chiang Mai.

A Natural Resources Ministry helicopter was called in to drop water on the blaze, making 30 passes in all.

With 10 water tankers also engaged, it still took five hours to bring the fire under control.

It’s believed the inferno began as a small fire set by someone seeking out edible plants in the undergrowth.

The PM2.5 level in the North ranged from 37-189 micrograms per cubic metre on Wednesday, with 50mcg the safe limit recognised in Thailand.