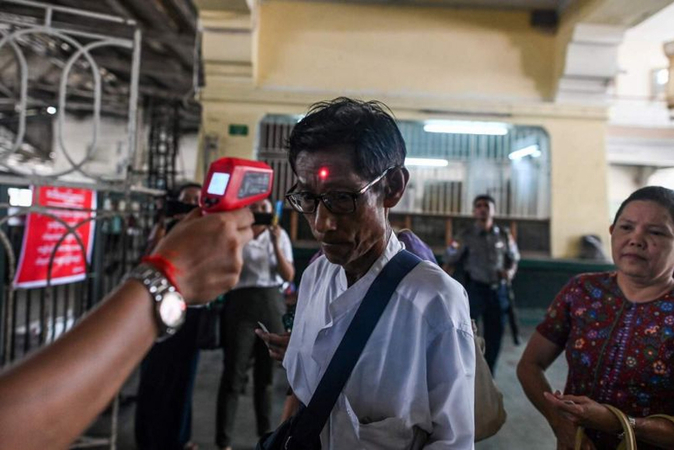 BANGKOK - As coronavirus infections spike across South-east Asia, Myanmar and Laos have conspicuously logged zero patients - despite the fact that both share a sizeable border with China, where the outbreak originated.

Both countries say all the people suspected of being infected with the coronavirus have tested negative so far. But limited access to testing equipment and reagents mean that they have conducted only some 300 tests for a combined population of 60 million.

The official explanation has not assuaged public concern in Myanmar, where at least four patients with symptoms indicative of Covid-19, the respiratory disease caused by the coronavirus, have died in quarantine. Some panic buying of necessities have occurred in Yangon and Mandalay.

Both Laos and Myanmar have locked down their land borders, closed schools and put hospitals on standby.

In Laos, Dr Reiko Tsuyuoka, the World Health Organisation's (WHO) health emergencies programme lead in the country, said: "If and when Covid-19 arrives in Lao PDR, I expect we'll know about it quickly." Laos is officially known as the Lao People's Democratic Republic.

With the help of WHO and partners, Laos' health ministry has developed "a strong system for detecting and responding to health threats", she told The Straits Times. "It has good laboratories and a network of well-trained outbreak epidemiologists spread across the country."

Laos has tested nearly 100 people for Covid-19. "The health authorities here are taking a targeted approach to testing, as the country's stock of testing reagents is quite limited at this time," she said.

WHO is helping Laos stockpile protective equipment for health workers, buy additional ventilators and new laboratory equipment, as well as roll out a public awareness campaign.

Laos has also closed all schools and entertainment venues, as well as designated a 14-day quarantine area for arrivals from high-risk countries, including Laotians returning home for the new year festival in April, according to the Vientiane Times. The country has also revoked visa exemptions.

In Myanmar, 175 suspected Covid-19 cases are under investigation as of Thursday (March 19) night, according to the Myanmar health ministry website. Tests on 157 people have turned out negative, and results for another 18 are pending.

Dr Khin Khin Gyi, who is also the deputy director of the unit in charge of contagious diseases, stresses that Myanmar has no confirmation that any deaths were caused by Covid-19.

She says the health ministry is working with civil society and companies to disseminate information quickly, and also instructed hospitals to designate rooms for patients who might be infected. In Yangon, eight hospitals have already made such preparations.

Laboratory testing of samples takes place around the clock, she added.

While the government has banned Thingyan, or new year celebrations in April to limit the health risks of such mass gatherings, state counsellor Aung San Suu Kyi was criticised last week for meeting hundreds of people during a tour of ethnic minority areas in the country.

Myanmar's rugged 2,200km border with China is dotted with sections controlled by ethnic armed groups far from the central government's oversight. Meanwhile, given the military's ongoing clashes with rebel groups like the Arakan Army in Rakhine and Chin states, there are concerns over what could happen should the virus start infecting the thousands of displaced villagers with little access to healthcare.

The United Nations Fund for Children (Unicef), in a report released on Thursday, highlighted the fact that WHO "notes that it's biologically plausible that there are cases in the country which remain undetected".

Unicef said it had taken part in a one-day state health department Covid-19 workshop in Kachin state "during which the government acknowledged challenges in screening and response capacity in non-government-controlled areas which share a porous border with China".

Still, Professor Rai Mra, president of Myanmar Medical Association, thinks an outbreak would be hard to mask. "If anything happens, it's not something you can cover up," he said.

But Myanmar needs to keep a close watch on the hordes of its nationals returning to their villages for the new year, he warned. An estimated three million Myanmar nationals work in neighbouring Thailand, where 322 Covid-19 cases have been found so far.