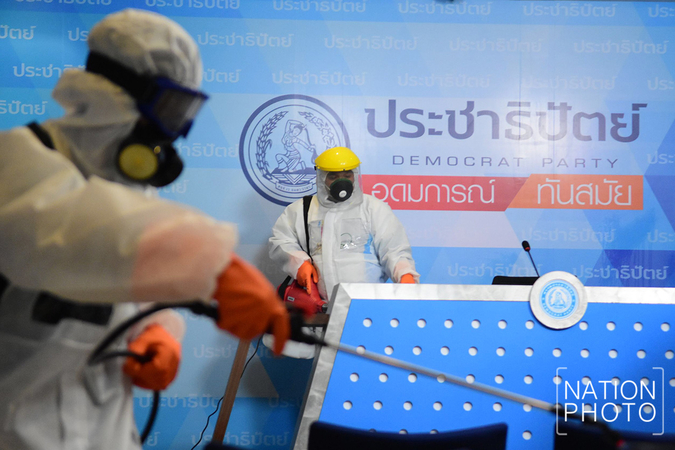 The Democrat Party's headquarters underwent a major sanitisation operation on Saturday (March 21) as part of efforts to control the spread of Covid-19.

Officers sprayed disinfectants and ozone depleting substances in Khuang Aphaiwong and MR Seni Pramot buildings, as well as in nearby areas. 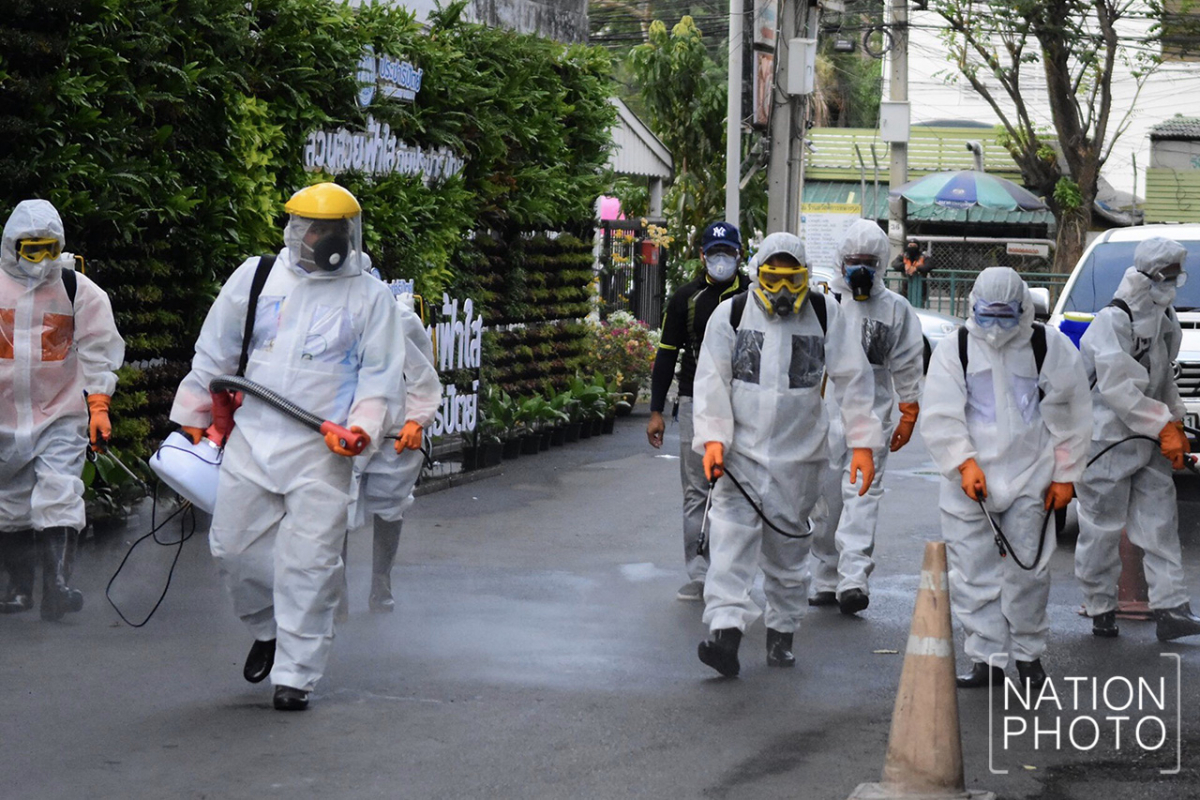 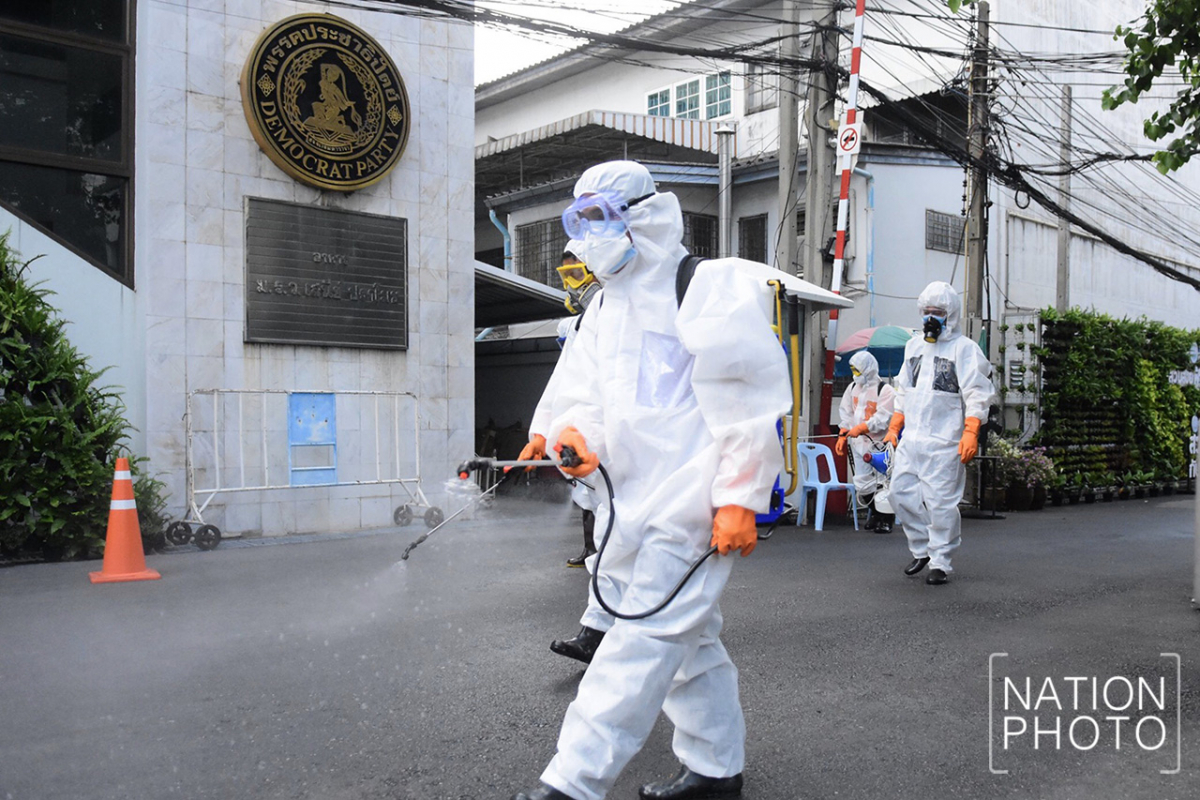 The party issued measures to prevent the outbreak since March 17. Body temperature is taken of everyone entering the building, while surfaces that get touched freqiently are sanitised every hour, and hand sanitisers are provided in numerous areas. 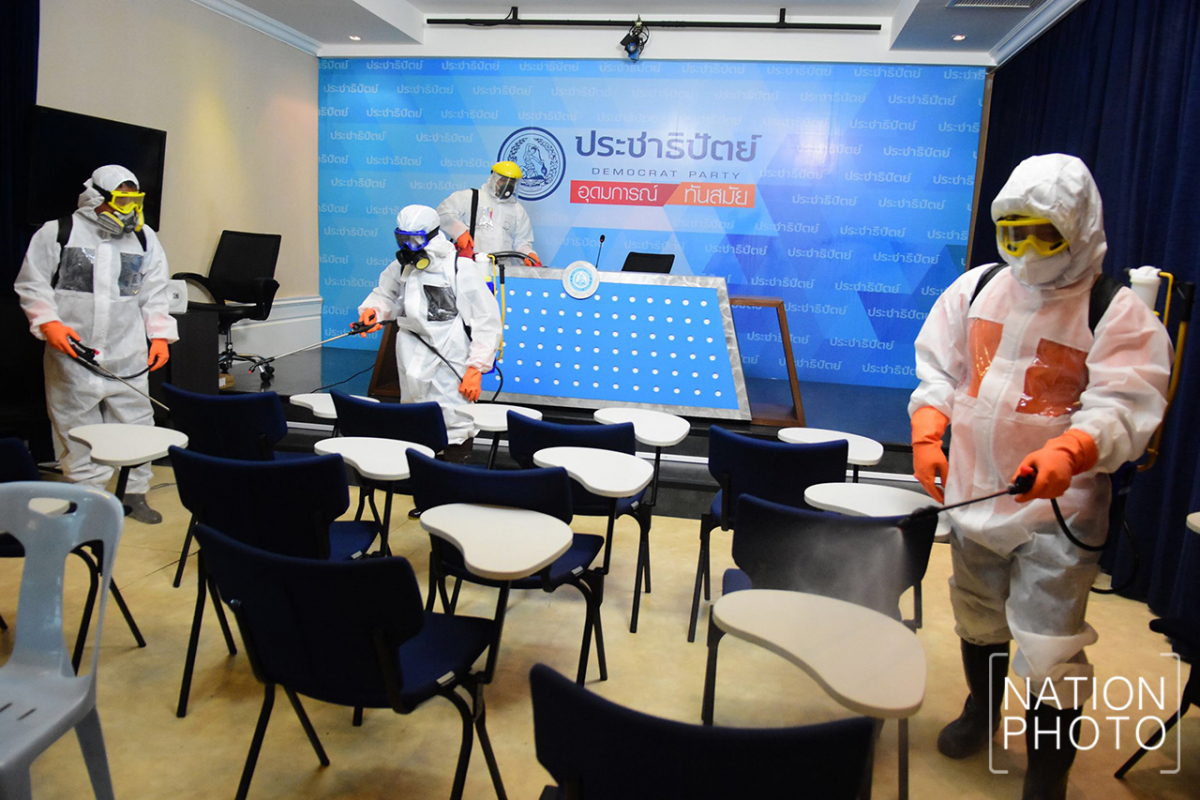 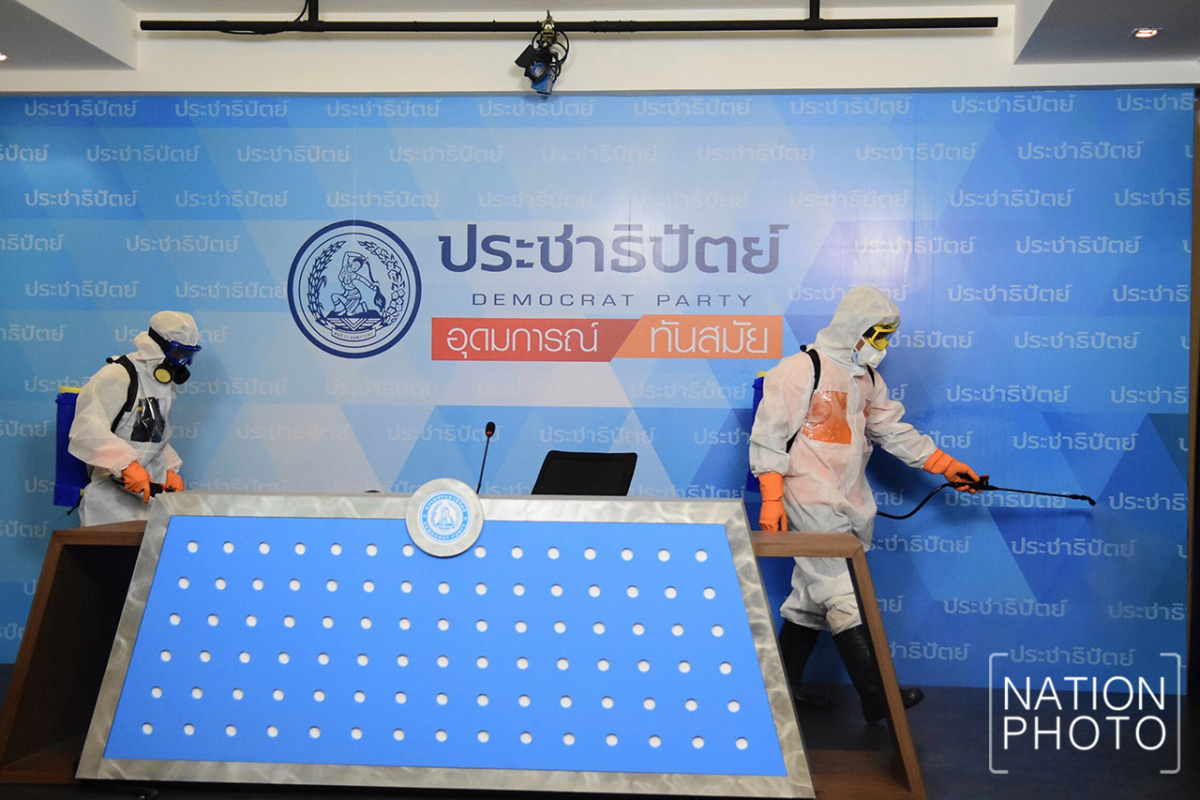 Also, party officers avoid crowding in the canteen while some have been allowed to work from home from March 18.​​​​​​​ 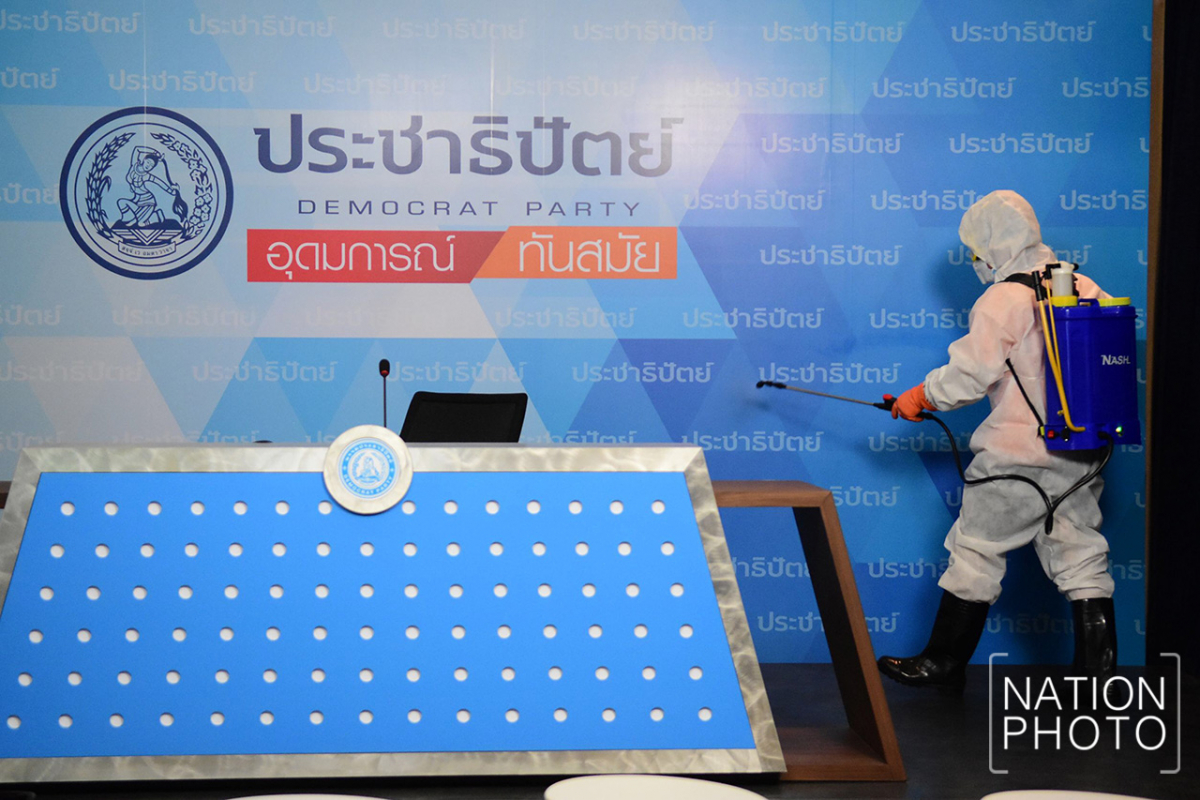 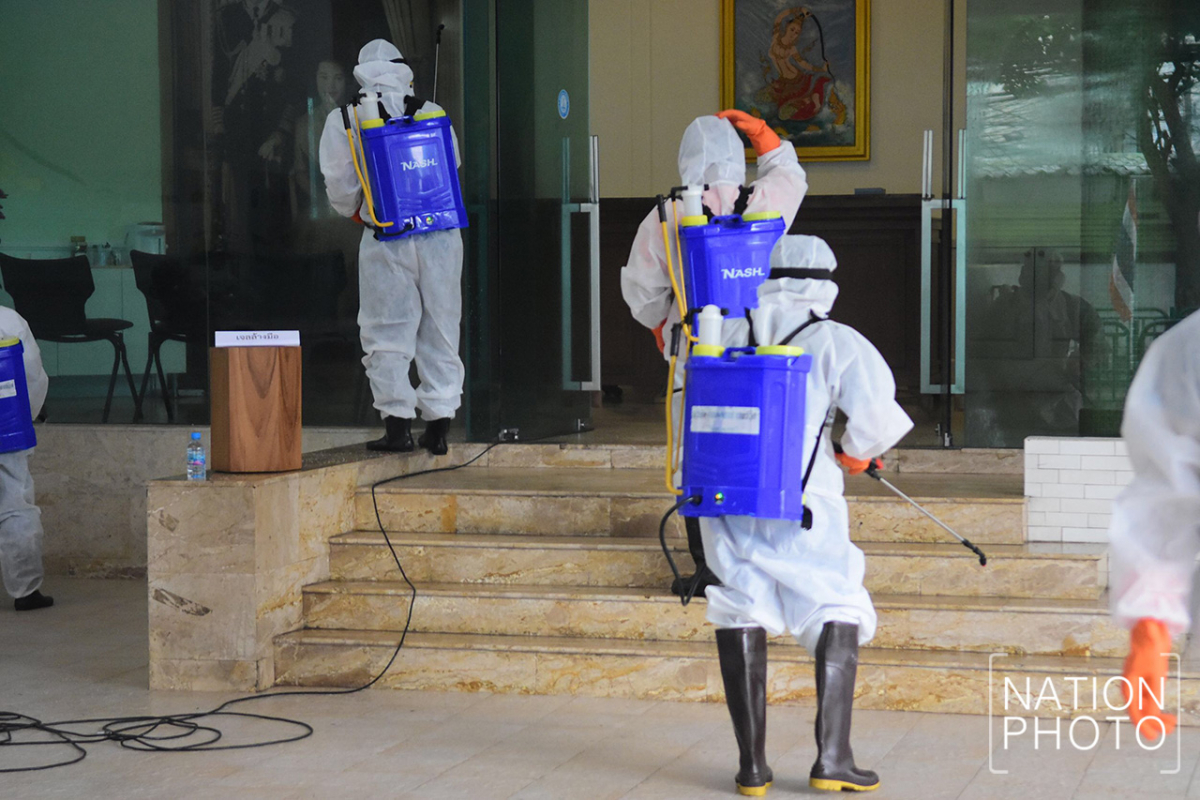 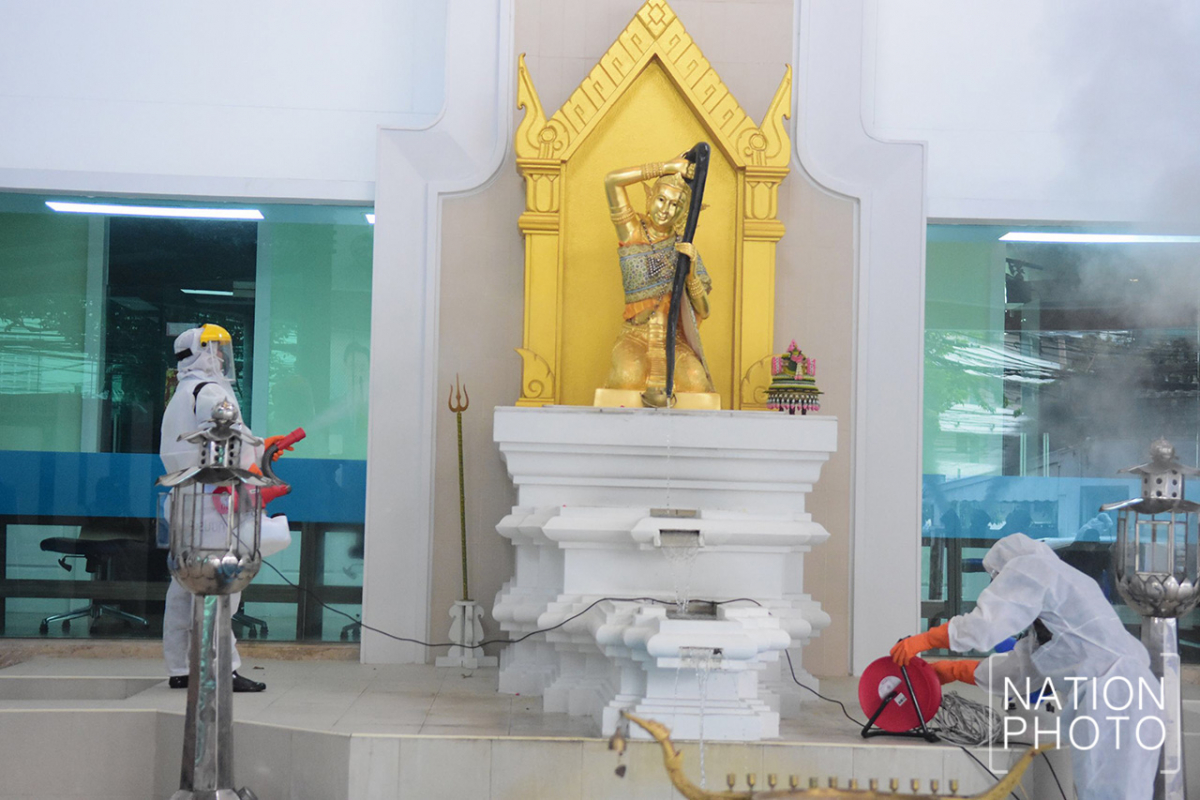 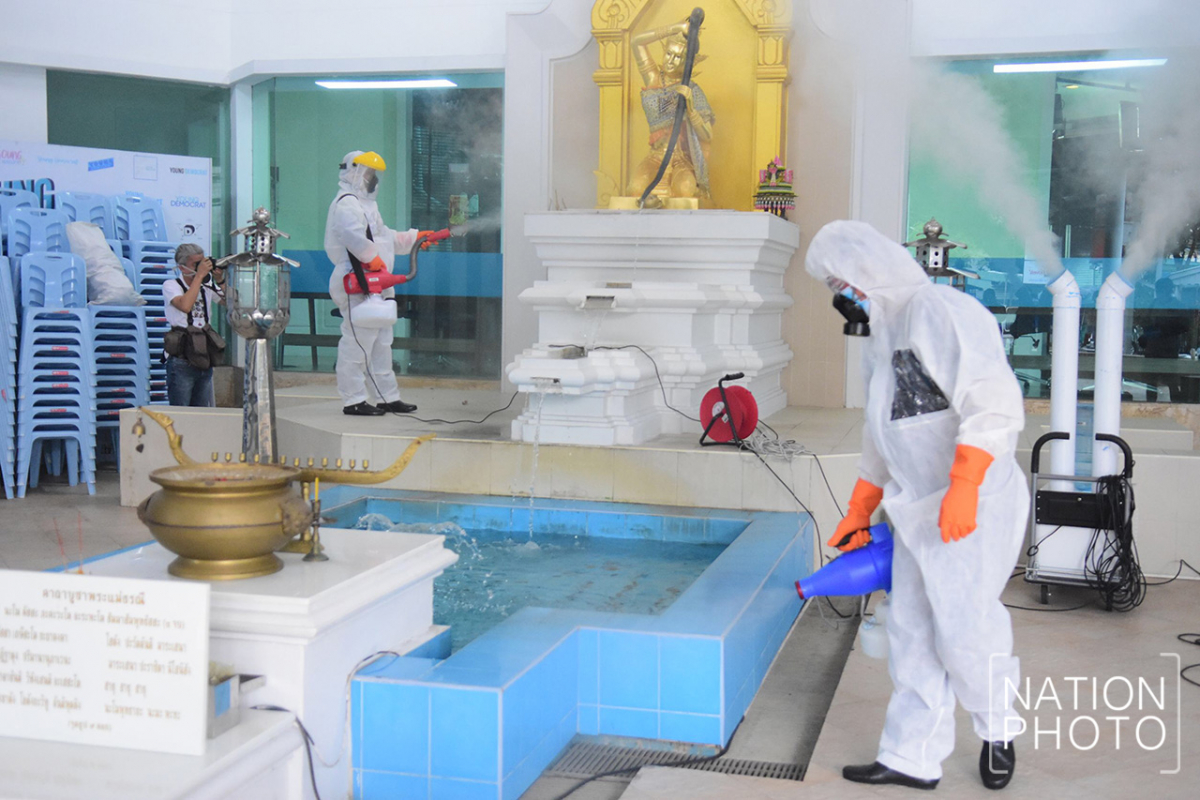