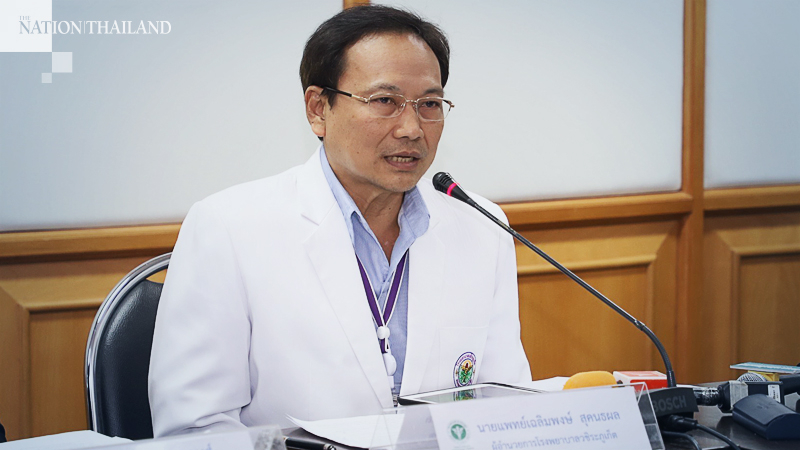 Phuket is preparing to convert an auditorium in city hall into a field hospital should the new coronavirus (Covid-19) crisis be raised to phase three level.

The Phuket Communicable Disease Committee said that currently the total Covid-19 cases in both government and private hospitals throughout the province was 34, consisting of 13 infected people with six new cases, of whom two have fully recovered and 23 people were awaiting test results.

Phuket Governor Phakaphong Tavipatana said the committee has held discussions on handling increasing number of cases and preparations to tackle the third phase of the epidemic. The committee proposed three places to be improved as a field hospital.

“The committee appointed Vachira Phuket Hospital to consider the suitability of three places -- the 4,000-seat gymnasium at Saphan Hin Sports Centre, an auditorium in New Phuket City Hall, and the auditorium in Phuket Rajabhat University,” he said.

Director of Vachira Phuket Hospital Dr Chalermpong Sukhonthaphon said that the auditorium in New Phuket City Hall would be the most suitable.

“Initially, the hospital team will improve the auditorium’s ground floor on Monday (March 23) to accommodate about 50 beds. If that is not enough, more beds can be added on the second floor,” he said.

“The 4,000-seat gymnasium is not very suitable because it is a stuffy area, while the auditorium in Phuket Rajabhat University has flooring with carpet, which is not suitable for medical operations.”

He added that the field hospital is being prepared in case the government and private hospitals are not able to cope with new patients and suspected cases which tend to be on the rise.

“Currently, there are approximately 80 beds for this group of patients, but if hospitals cannot support, it is necessary to use a field hospital,” he added.

“Infected people have to receive treatment at hospitals until they fully recover and the test results are negative before allowing them to go home.”