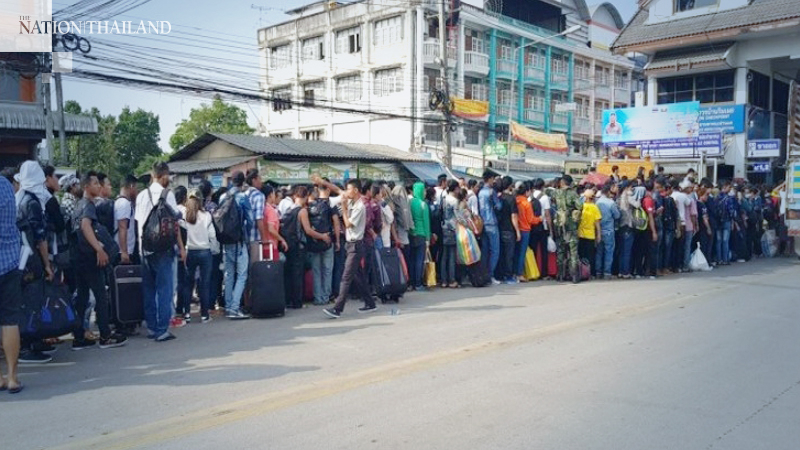 Droves of people from Myanmar travelled to Mae Sot district in the northern border province of Tak, crowding the bus terminal as they headed to Myawaddy town in southeastern Myanmar after the Tak governor announced that the border checkpoint would be closed today.

An officer at the checkpoint earlier denied it would be closed today. As time passed, the number of Myanmar people arriving swelled, leading to the governor relaxing the closure measure for a day.

However, most of them who travelled to Tak to return to their hometowns said they did not hear about the border closure. Some had already booked buses and cars to transport them home.

According to Tak immigrant officials, around 3,200 Myanmar workers returned home on March 22. More than 1,000 arrived at the border checkpoint this morning.