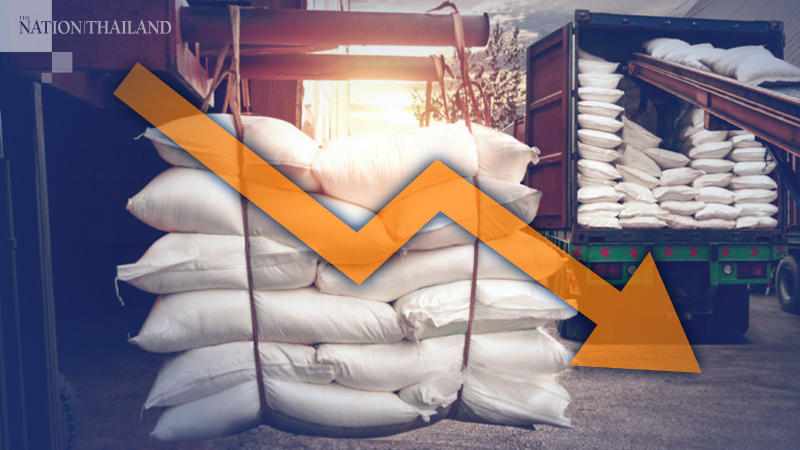 The gross domestic product (GDP) of agriculture in the first quarter of 2020 contracted by 4.8 per cent, compared to the same period in 2019, Rapibhat Chandarasrivongs, the Office of Agricultural Economics secretary-general, said.

He said that the GDP of crop, fisheries, and agricultural services contracted, while that of livestock and forestry expanded. The contraction was caused by the drought and Covid-19 effect, he explained.

The GDP of crops decreased by 7.3 per cent, since the production of out-of-season rice, sugarcane, and cassava fell because of the drought. Output of the three crops fell by 41.6 per cent, 12.7 per cent, and 5.4 per cent, respectively.

The production of maize, pineapples, palm oil and longan also dropped because of the drought, the secretary-general added.

At the same time, the GDP of livestock expanded by 3.8 per cent, due to an increased demand in Thailand and foreign countries. Besides, Thailand’s livestock products have earned the confidence of buyers through strictness and quality in disease control.

The price of pork has increased, luring farmers to expand their production to serve the growing demand. Also, the production of eggs and raw milk increased due to improvements in farm management.

In 2020, the secretary-general expected the agricultural GDP to expand by 0.3 per cent, or within a range of 0.2 per cent to minus 0.8 per cent. He added that the GDP of crops would be better in the second half of this year.