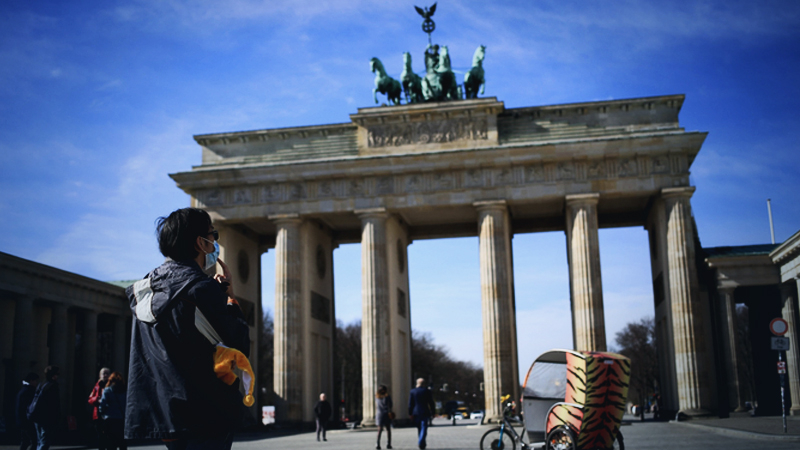 On the same day Italy saw a dip in the number of deaths from the coronavirus, the U.K. was forced into a full lockdown with Europe still scrambling for new ways to mitigate the devastating social and economic impact of the pandemic.

With markets on edge, the finance ministers and central bank governors from the Group of 20 nations held an emergency call, which left investors underwhelmed. Back in 2008, when the financial crisis took off, it was coordination among the G-20 countries that marked a turning point.

That's proving elusive, for now, with President Donald Trump declaring that the U.S. "was not built to be shut down."

Europe has become the virus epicenter, but even there it still looks like every leader is acting alone - lockdowns are happening at different times and enforced differently. The U.K., a laggard, is finally doing what the rest of the big European economies have already done: shut down to stop the spread of a highly-infectious disease that is pushing health-care systems to the limit.

While the approaches to containment haven't been unified, leaders in the European Union are realizing that they'll need innovative solutions to stop their economies from sinking, indeed a country like Italy already saddled with enormous debt will need rescuing. The gravity of the recession is something economists and policymakers are still coming to grips with.

German officials on Monday said they're ready to help and are prepared to support an emergency loan from the euro area's bailout fund. As the continent's dominant economy and biggest contributor, Germany carries the most weight and was instrumental in the Greek bailout when that country's problems had put the euro at risk.

Angela Merkel's government will present its rescue package - backed by 156 billion euros in new debt - to lawmakers on Wednesday and is looking to start the money flowing as soon as this week, Economy Minister Peter Altmaier said in an interview on broadcaster ZDF on Tuesday. Once the crisis is over in the coming months, Germany plans to return to its "policy of frugality," said Altmaier, who will hold a news conference later Tuesday on the economic impact of the pandemic.

As the euro-area bloc debates more aggressive collective action to prop up the economy across the region, its finance ministers will hold a video conference on Tuesday to discuss the next steps.

The timing comes as France saw a rise in deaths of about 20% and Spain registered 462 fatalities in 24 hours. Italy, meanwhile, which offered some early lessons in fighting the virus, recorded a decline in the numbers of new cases and deaths.

In the U.K., which left the EU, the virus already claimed 335 lives as of Monday, a jump of about 15%. Over the weekend, Prime Minister Boris Johnson warned the public that its National Health Service could be overwhelmed, just like the Italian one, in two weeks. Sweden is clinging to a laissez-faire approach.

Even so, people appeared to be blatantly disregarding advice to self isolate. On Monday, in an address to the nation, Johnson brought down the shutters and said police would be deployed to break up gatherings and make sure people were staying home.

If Italy's experience shows anything, it's that measures to isolate affected areas and limit the movement of the people must be taken early and strictly enforced.

It's a message that is resonating as Cyprus and the Netherlands also get tough.

In Germany, Chancellor Angela Merkel somberly announced drastic measures to force people to keep their distance. And then, in a stunning development, she went into self-isolation after being exposed to the virus.

On Monday, her spokesman said her first test came back negative. Merkel, a veteran of many a crisis, has come out of this looking like she's in control. Her popularity has jumped to the highest since the 2017 election.

Indeed, the virus is testing the leadership chops of various government heads. While European countries may finally be getting on the same page, the global response to the outbreak has been piecemeal.