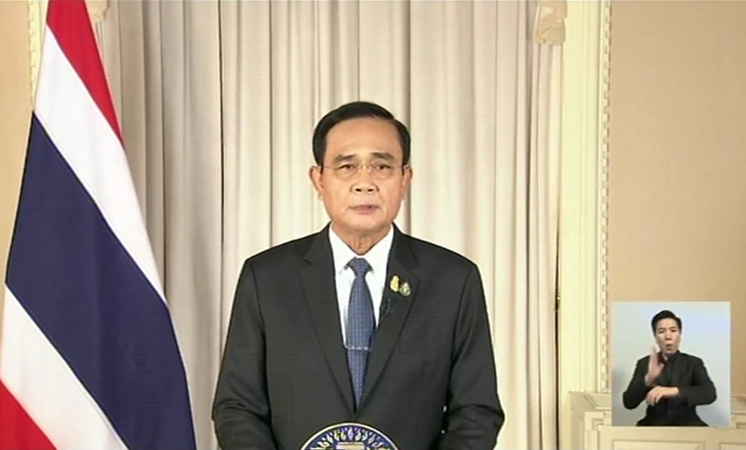 Prime Minister Prayut Chan-o-cha on Wednesday (March 25) confirmed that a national state of emergency will begin on Thursday and remain in effect throughout April in a bid to curb the escalating Covid-19 outbreak.

But stores selling essential items will not be closed, he said.

He did not mention a curfew, saying only that more measures would be announced later.

The Cabinet on Tuesday approved declaration of the emergency decree.

The premier said he would take full command of efforts to stem the outbreak, from prevention measures to medical treatment to full restoration to normalcy, and he would keep the public informed with regular progress reports.

He said the central Covid-19 operations centre, where he serves as chairman, would be upgraded in authority overall all state agencies.

“Only I or someone I assign will be reporting progress in the situation to the public,” he said.

Those reports will come once a day.