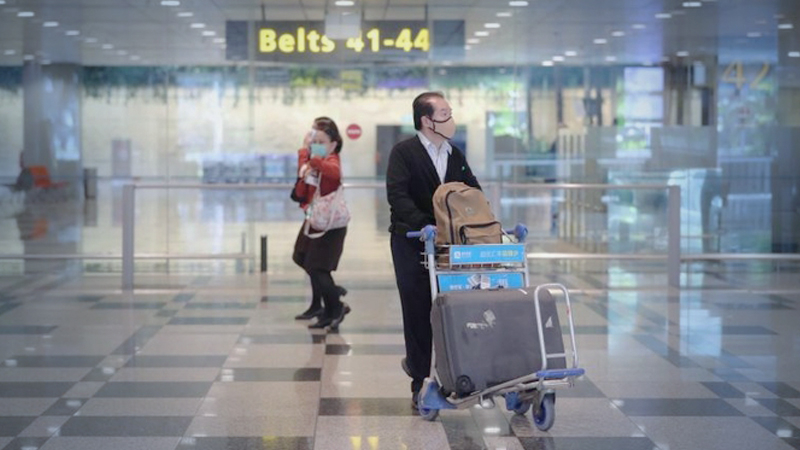 The air transport, accommodation, food services and retail trade sectors shrank on the back of a sharp decline in tourist arrivals.ST PHOTO: GAVIN FOO

By Ovais Subhani
The Straits Times/ANN

SINGAPORE - Singapore’s economy looks headed for its first full-year recession in about two decades amid mounting border controls and lockdowns around the world from the escalating coronavirus outbreak after the Ministry of Trade and Industry (MTI) on Thursday (March 26) forecast a sharp contraction this year.

MTI downgraded its 2020 growth forecast to a range of -4.0 to -1.0 per cent this year, from an earlier estimate of -0.5 per cent to 1.5 per cent. The last time Singapore registered a full-year contraction of its economy was in 2001 during the Dot-com Bust when growth fell by 1 per cent.

The outlook was slashed after advance GDP growth estimates showed the economy contracting by 2.2 per cent year on year in the first quarter of this year.

“Taking into account the weaker-than-expected performance of the Singapore economy in the first quarter, and the sharp deterioration in the external and domestic economic environment since February, the GDP growth forecast for 2020 is further downgraded,” MTI said.

The first quarter performance reversed the 1.0 per cent growth in the last three months of 2019 and was worse than the 0.8 per cent contraction predicted in a Monetary Authority of Singapore (MAS) survey of private forecasters earlier this month.

It is also far deeper than the worst hit during the Sars period when the economy contracted by 0.3 per cent in the second quarter of 2003.

MTI said the 2020 outlook had sharply deteriorated after the virus outbreak rapidly escalated beyond China to many other countries, including the US, UK, France and Germany.

With the outbreak becoming more widespread, Singapore has tightened its border controls significantly since February to reduce the importation of the disease.

To reduce the risk of community spread, safe distancing measures such as the cancellation of all events and mass gatherings and the physical separation of patrons at public places have been implemented.

All of these factors have heavily weighed on domestic consumption and external demand for goods and services, said MTI.

Deputy Prime Minister Heng Swee Keat is set to announce a supplementary Budget in Parliament on Thursday and detail additional support measures to help workers, businesses and households cope. This will be on top of a $4 billion package rolled out last month.

On a quarter-on quarter seasonally-adjusted annualised basis, the economy shrank by 10.6 per cent in the first quarter, a sharp pullback from the 0.6 per cent growth in the previous quarter, the flash data showed.

The manufacturing sector contracted by 0.5 per cent on a year on year basis in the first quarter, moderating from the 2.3 per cent contraction in the previous quarter.

“The performance of the sector was weighed down by output declines in the electronics and chemicals clusters, which more than offset output expansions in the biomedical manufacturing and precision engineering clusters,” said MTI.

The weakness of the sector likely reflects a fall in external demand as global economic activity has slowed due to the ongoing Covid-19 pandemic.

The construction sector shrank by 4.3 per cent on a year-on-year basis in the first quarter, a reversal from the 4.3 per cent growth in the previous quarter.

The services producing industries contracted by 3.1 per cent on a year-on-year basis in the first quarter, reversing the 1.5 per cent growth in the fourth quarter of last year.

The advance GDP estimates for the first quarter were computed largely from data in the first two months of the quarter.

MTI will release the preliminary GDP estimates for the first quarter, including performance by sectors, sources of growth, inflation, employment and productivity, in its Economic Survey of Singapore in May 2020.