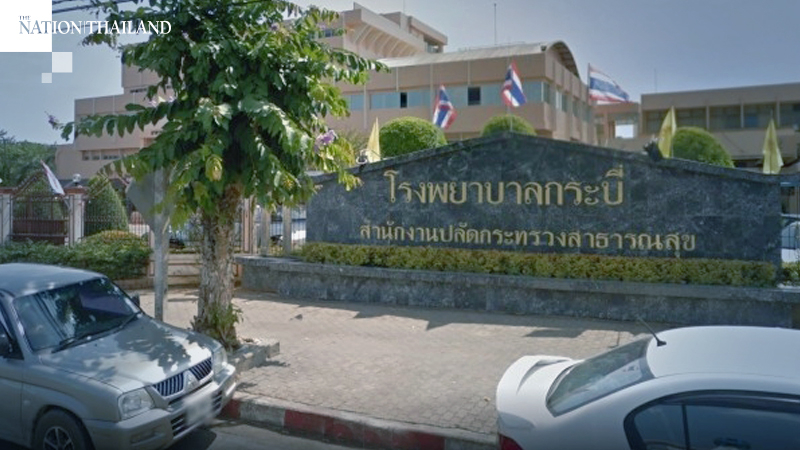 A 25-year-old Covid-19 patient, who fled Krabi Hospital where he was being treated in isolation, was caught at a checkpoint on Wednesday (March 25).

The man was brought back to the hospital to resume treatment but faces a charge for violation of the Communicable Disease Act BE 2558.

Dr Supoj Phukaoluan, director of Krabi Hospital, said that the Covid-19 patient had been at the hospital since March 21 but escaped on Wednesday (March 25) evening.

“The patient had travelled from Phi Phi Island and had tested positive for Covid-19 on March 21, so he was sent to receive treatment in a negative pressure room on the first floor of the 45th Anniversary Building of Krabi Hospital,” he said. “On Wednesday evening, the hospital staff found him missing from the room and assumed that he had escaped by jumping off the balcony.”

The hospital contacted Muang Krabi Police Station to track down the patient, while later that night staff from Transport Co Ltd informed the hospital that they had found a man with high fever trying to pass the checkpoint at Krabi Bus Terminal.

“Hospital staff and police officers went to check him out and confirmed that he was the escaped patient,” said Supoj. “He was brought back to the hospital to resume treatment. The hospital’s legal staff will press a charge against him for violation of the Communicable Disease Act BE 2558.”