Thailand"s total number of Covid-19 cases went past the 1,000 mark with 111 new cases confirmed over a 24-hour period, Sujariyakul Anupong, senior expert in preventive medicine at the Department of Disease Control, said on Thursday (March 26). 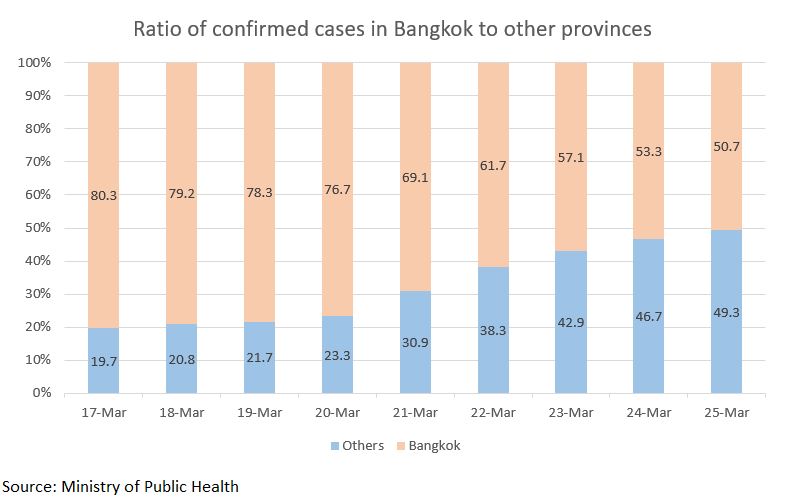 The first group of 29 are connected to cluster cases -- six people had attended a boxing event in a stadium, three had worked and been to entertainment venues, one had attended religious ceremonies and 19 had had close contact with others previously confirmed as infected.

The second group comprised 19 people of whom six had just returned from overseas ( five Thais and a US national), nine were working in crowded areas or close to foreigners, three are medical staff and one patient has critical pneumonia.

The last group of 63 are being investigated on the source of the infection.

As of March 26, the total number of confirmed cases in the country stands at 1045 -- 953 are under treatment, 88 have recovered and been discharged, and there have been four deaths.