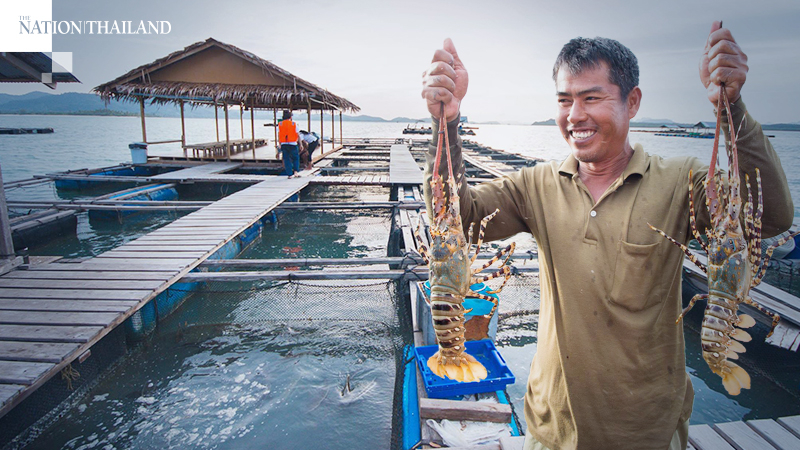 A drop in demand from major purchasers in China amid the Covid-19 outbreak has forced Thai producers of fish and shellfish to cut prices and reduce stocks by up to half.

Reporters witnessed the depletion on a recent visit to Hat Samran district in Trang province, home to the 25-member Fishery Network Centre.

“We can’t export because the virus outbreak has caused large merchants in China to delay their purchases, and the Chinese tourists who love this kind of food are no longer coming to Thailand.”

Yuthana is raising more than 100 lobsters but has no one lined up to buy them. Their price has dropped from Bt1,200 to Bt800 apiece.

“The merchants and large restaurants in Thailand order only small quantities of medium-size fish and shellfish,” he said.

“The only luck we’ve had is that, even though the fish are growing bigger, they still eat the same amount of food.”

To save money, the centre’s members now catch their own fish to cut up and feed to the bigger creatures in their cages, whereas they used to buy feed fish at Bt15-Bt20 per kilogram.

Purchasers are also needed for the 100-200 grams of shrimp larvae the members have. That normally sells for Bt150-Bt200 per kilogram.