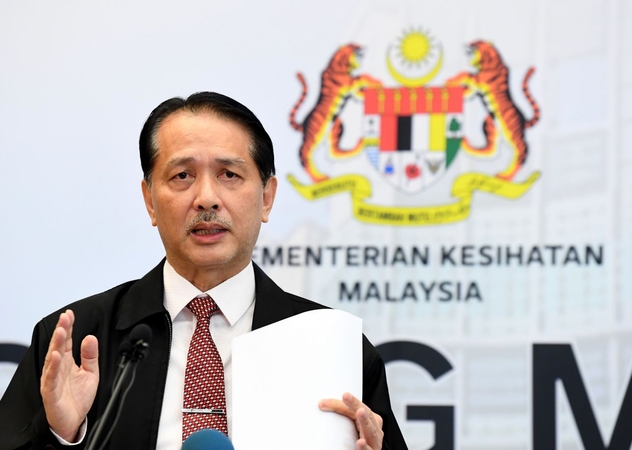 PETALING JAYA: Another 235 new Covid-19 cases have been reported, bringing it to a total of 2,031 cases as of noon Thursday (March 26), says Health director-general Datuk Seri Dr Noor Hisham Abdullah.

In a press conference Thursday (March 26), Dr Hisham said there were 16 recovered Covid-19 patients who were discharged Thursday, bringing the total to 215 recoveries.

Dr Hisham said that a total of 45 cases were being treated in the intensive care unit (ICU) and 32 of those cases needed ventilators.

Based on preliminary investigations, 60 of the 235 new cases reported were linked to the tabligh gathering in Masjid Jamek, Sri Petaling.

“The remaining 175 cases are still under investigation, ” he added.

The majority of Covid-19 cases recorded in the country have been from the tabligh cluster.

Dr Hisham also noted that four deaths have now been reported in the country, bringing it to a total of 23 deaths.

He said the 20th death involved patient 780, who was a 76-year-old Malaysian from the tabligh cluster.

“He was treated at the Sultan Ismail Petra Hospital, Kelantan beginning March 18. He died on Wednesday (March 25).”

The 21st death involved patient 1588, who is a 63-year-old Malaysian male from the tabligh cluster.

The 22nd death involved patient 1797, a 48-year-old Malaysian from the tabligh cluster.

“He also had close contact with a Covid-19 positive patient who attended the same event, ” he said, adding that patient 1797 died on March 23.

The 23rd death was patient 1840, a 62-year-old Malaysian who had a history of chronic back pain.

According to Dr Hisham, he was treated at the Raja Perempuan Bainun Hospital in Ipoh, Perak, on March 23 and died on March 25.

“He is still under investigation if he has any connection with any Covid-19 clusters.”

Meanwhile, Dr Hisham assured that no frontliners have contracted the Covid-19 virus, as he acknowledged that 80 health ministry staff members were found to be positive for the virus.

He said that 1,895 health ministry staff members were screened for Covid-19 and no one was found positive yet, but there were still 708 results to be confirmed.