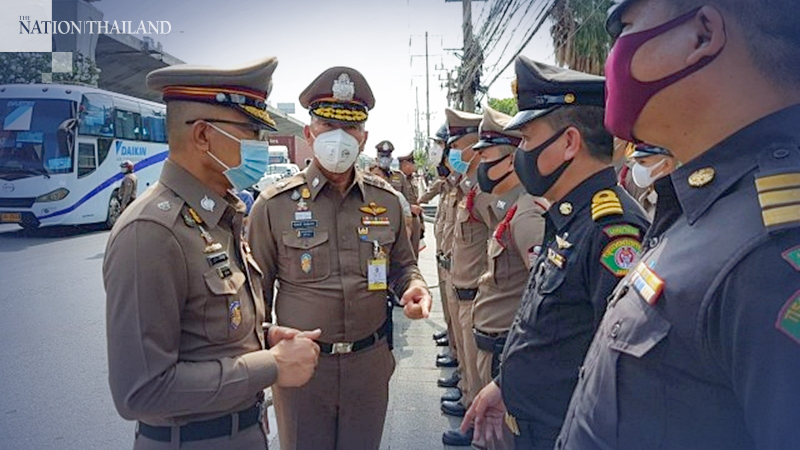 More than 100 travellers across the country were found in random checks on Thursday (March 26) to have high body temperature.

The screenings for Covid-19 at 359 checkpoints are a new measure being conducted by the Royal Thai Police.

Deputy commissioner-general Pol Gen Suwat Jangyodsuk said travellers who had a cough, sore throat, difficulty breathing and body pain were scanned and more than 100 were reported to the Public Health Ministry.

Their names and information are being recorded for further tracking.

Suwat said the checkpoints have been established as a means of stemming the spread of the virus through tighter travel control.

He apologised that traffic jams have resulted in some locations and that the equipment being used still has technical faults.