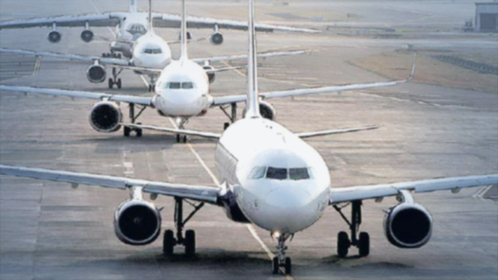 However, the extended restrictions do not apply to international cargo operations and flights specifically approved by DGCA.

The Directorate General of Civil Aviation (DGCA) on Friday announced that the restrictions on domestic flights have been extended to April 14 in view of the 21-day nationwide lockdown.

In a notification, the aviation regulator said the restriction has been extended till 2359 hrs on April 14, 2020 and directed all domestic operators engaged in scheduled, non-scheduled and private aircraft operations in India to ensure strict compliance of the order.

On March 23, the Government, in an unprecedented measure to check the spread of COVID-19 coronavirus disease, had announced that the operations of domestic scheduled commercial airlines will cease with effect from March 24 till March 31.

Yesterday, the DGCA had announced that all scheduled international commercial passenger services will remain closed till 1830 hrs of April 14, 2020.

Earlier, the aviation regulator had said that international flights will remain suspended till March 29.

However, the extended restrictions do not apply to international cargo operations and flights specifically approved by DGCA.

To maintain international commercial links, Centre has kept the freighter operations free from any restrictions.

Meanwhile, Air India has also announced the suspension all its domestic and international flights till April 14.

Prime Minister Narendra Modi on March 24 announced a “total lockdown” across the country, asking people to “forget about stepping out of their homes” for the next three weeks.

This comes as the cases of Coronavirus have been on a rise in the country with 724 positive cases and 17 deaths so far.