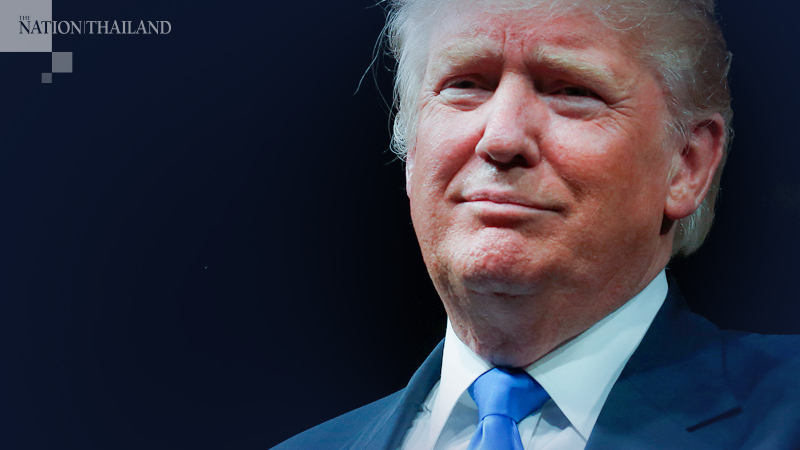 His signature came just hours after the House of Representatives passed the massive package by an overwhelming voice vote, and less than 48 hours after it received unanimous approval from the Senate.

"This will deliver urgently needed relief to our nation's families, workers and businesses. And that's what this is all about," Trump said at a signing ceremony in the Oval Office, with GOP congressional leaders and administration officials crowded behind him.

"I want to thank Republicans and Democrats for coming together, setting aside their differences and putting America first," Trump said, although Democrats were not invited to the signing ceremony.

Now the White House, the Treasury Department, the Small Business Administration and other agencies must rush to try to implement the new law. It authorizes the Internal Revenue Service to send $1,200 payments to millions of Americans and creates programs to disburse close to $1 trillion in business loans and guarantees to millions of large and small companies throughout the economy.

There are now roughly 100,000 confirmed cases of coronavirus in the United States and it has caused more than 1,500 deaths domestically, figures that have risen rapidly. To try to contain the contagion, much of American life has shut down. Schools have closed. Most public gatherings have been canceled. Many Americans have stopped leaving their homes, devastating millions of businesses that depend on consumer spending for their cash flow.

The economy's screeching halt led 3.3 million workers to file for unemployment benefits last week, by far the most over a seven-day span in recent American history. A number of economists believe the U.S. economy has taken a nose-dive from a period of relative economic strength to one of the worst recessions ever recorded.

To respond, the White House and Congress assembled a massive spending bill that directs money to households, businesses, cities, states and hospitals while seeking to buttress state unemployment programs that are overwhelmed with new filers.

Trump said some of the key decisions would be based on consultations his advisers have with Wall Street executives and "the smartest, most brilliant people in the world in finance." He left open the possibility that some of these companies could be compensated for their roles, but he did not offer more information.

It will require speed and cooperation between the White House, states and private companies, even though tensions among all sides has flared in recent days.

"I can't think of any precedent where there were this many programs involved in a single piece of legislation that were trying to be stood up so quickly," said Shai Akabas, director of economic policy at the Bipartisan Policy Center.

Akabas said the law's move to pump $250 billion into the unemployment program could be a particular challenge, as it would require fast cooperation between the federal government and every state as Americans continue flooding into the program with requests for assistance.

The White House has promised it will implement the new law as quickly as possible, but its economic approach to the coronavirus crisis continues to change by the day. For example, Trump on Friday invoked the Defense Production Act in an effort to compel General Motors to manufacture ventilators after holding back on using that tool for more than a week. And there's confusion about who will qualify for some of the emergency funding. Some members of the cruise industry have indicated they might not be able to receive the U.S. taxpayer assistance even though Trump has said multiple times that he wants them to be beneficiaries.

Trump's top advisers will have to make a number of crucial decisions in the coming days, such as whether to protect taxpayer investments by taking equity stakes in struggling companies and whether to prioritize some industries over others as firms teeter on the brink of bankruptcy.

Treasury Secretary Steven Mnuchin promised in a Fox Business interview Friday that the Internal Revenue Service would quickly send out direct payments to Americans who qualify for the individual checks - those with incomes under $99,000 - and that the SBA would stand up a new lending program within a week. Small businesses will have access to close to $400 billion in loans from the new legislation.

"We're going to have a new program up by next Friday where banks can lend. I mean that - that would be a historic achievement that is just incredibly aggressive," Mnuchin said. "This is a brand-new program, the Treasury working with the SBA. We're doing everything we can because Americans need that money now. They can't wait for government to take three or four or six months like we normally do."

On direct payments to Americans, Mnuchin said: "I've committed that the IRS will get these direct deposits [out] in three weeks. Again, American workers can't wait."

But there are a number of logistical hurdles that the Trump administration will need to resolve. For example, officials can send electronic payments to households that have bank accounts on file with the IRS, as many people have had their tax refunds directly deposited to their bank accounts. But the IRS will also likely need to send paper checks to millions of other people, a process that could take much longer.

Similarly, the new law requires certain oversight structures to monitor how the money is spent. It directs Trump to nominate a new "Special Inspector General for Pandemic Recovery," a position that must be confirmed by the Senate. And congressional leaders need to appoint five members to a Congressional Oversight Commission, which is also tasked with scrutinizing how the money is disbursed.

Friday began on a note of chaotic uncertainty in the House, where the threat of a procedural objection from Rep. Thomas Massie, R-Ky., had forced more than 200 lawmakers to return to Washington. These lawmakers traveled by plane and car, some coming from places like New York where people are supposed to quarantine after leaving.

Leaders had hoped to pass the massive legislation by "unanimous consent" or by "voice vote" with just a few members present, so that lawmakers scattered to their states wouldn't have to return to the tight quarters of the Capitol in the midst of a pandemic. But Massie, who opposes the legislation because it adds to the deficit, was prepared to insist on a quorum - or majority of the House - which is specified in the Constitution but rarely enforced.

Massie's move drew bitter complaints from lawmakers of both parties and from Trump, who derided him over Twitter as a "grandstander" who should be tossed out of the Republican Party.

Ultimately a quorum was present, with lawmakers standing in the chamber as well as in galleries normally reserved for the public, so they could try to maintain social distancing. When the time for the vote came, Massie raised his objections and was quickly overruled, after which lawmakers shouted out in favor of the legislation - Massie's was the only "no" vote heard - burst into applause when it was gaveled down and then headed quickly for the exits.

It's uncertain when they will return.

"Today, as we have all acknowledged, our nation faces an economic and health emergency of historic proportions due to the coronavirus pandemic, the worst pandemic in

At least three House members have now tested positive for covid-19, the disease caused by the coronavirus, and a number of others were quarantined after showing symptoms or coming into contact with potentially infected people.

During the debate and vote, the fear in the room could be seen. Several members wore surgical gloves. Others went to great lengths to place themselves far away from others. Some held a hand over their face as they passed other lawmakers or staff.

Two lecterns were set up for speakers during debate, with a hand sanitizer bottle under each and a canister of disinfectant wipes on the chair next to the lectern. When each speaker finished, he or she wiped down the lectern and the microphone from which they were speaking before giving way to the next speaker.

More than 150 million households would receive checks under the legislation, which will send payments of $1,200 to many individual Americans plus $500 for children. People with incomes above $99,000 are not eligible, and the total benefit is phased out for people earning between $75,000 and $99,000.

The legislation also contains hundreds of billions of dollars in emergency federal aid for large corporations suffering because of the pandemic, a provision that sparked days of intense partisan conflict and a frenzied push from lobbyists and corporations eager to secure a chunk of the funding.

The conditions on the large pool of funding became a major sticking point through congressional negotiations. Democrats won some concessions but not others. In the final bill, businesses receiving the loans cannot cut their employment levels by more than 10 percent until Sept. 30. They have some restrictions on executive compensation above $425,000 annually and cannot issue stock buybacks, a limitation supported by Trump.

Included are measures ensuring swift disclosure of funding recipients, as well as an oversight board to probe Treasury's decisions. The president, vice president, members of Congress and members of the Cabinet are also prohibited from benefiting from the aid - a measure that also applies to their spouses and children. The direct grant funding for the airlines also has strict limitations and is required to go directly to workers or their benefits.