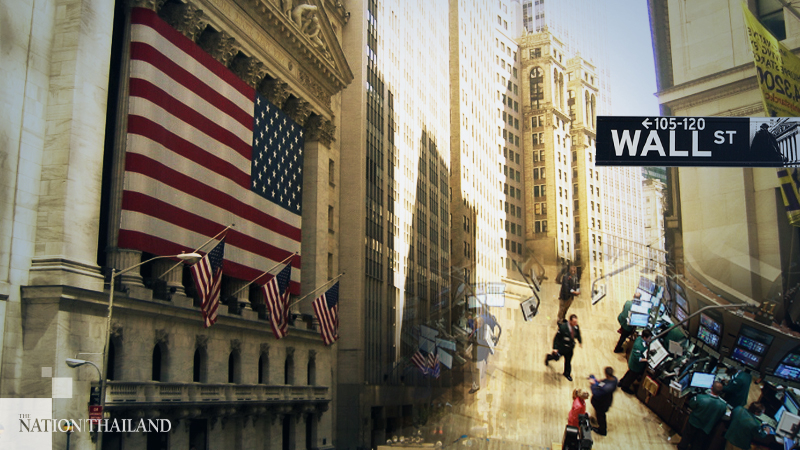 In the last month, the $21 trillion U.S. economy endured a remarkable and disorienting reversal, plunging from prosperity into an unprecedented deep freeze.

The coronavirus has left businesses from giant corporations to the corner bar struggling for survival. But along with dealing millions of Americans an unexpected blow, the pandemic exposed vulnerabilities that had accumulated during a record-long expansion and years of ultralow interest rates - and which now could make it harder to recover from a recession, economists said.

The $2 trillion financial rescue legislation President Donald Trump signed Friday is intended to patch the economy's gaping wounds with urgently needed loans for companies and checks for American families. Never before has the federal government tried to rush so much aid out the door so quickly.

As February drew to a close, few could have imagined such an emergency.

Many companies "were having the best years they've ever had these last few years," Trump said Wednesday. "And then, a little bit less than a month ago, they went into a position that they haven't seen because of the hidden enemy, the virus. . . . It's not their fault. It's not their fault."

In hindsight, however, the economy had blemishes. The record-high stock prices the president routinely touted became disconnected from companies' underlying value, obscuring warning signs such as excessive borrowing, according to economist Michalis Nikiforos of the Levy Economics Institute of Bard College. Total corporate debt surged past $10 trillion, equal to nearly one-half the nation's annual output.

"This shock does not come at a time when the economy is otherwise healthy," he said. "There are very significant fragilities in the U.S. economy and elsewhere."

On the eve of the crisis, one-quarter of the country's largest companies had more cash going out than coming in, according to Goldman Sachs. The economic shutdown will quickly cause the share of American companies that are cash-flow negative to nearly double, meaning they could be in danger of starving for funds.

Almost half of the companies in the hardest-hit sectors - industries such as consumer services, transportation and entertainment - will need to secure additional financing within six months or close their doors, Goldman said. Yet such borrowing now is more costly because yields on corporate bonds have risen in disorderly trading this month.

Small businesses face an even tighter deadline: half of the respondents to a Goldman survey said they will not last more than three months if the virus-induced shutdown persists.

The unappreciated frailties did not cause the downturn. The pandemic is responsible for that. And no business can stockpile enough cash to ride out an indefinite shutdown.

But the financial weaknesses surfacing may determine how the United States weathers its worst economic calamity in a century - and which companies survive.

The chief executive of Emcom Systems, which makes dugout phones for Major League Baseball, asked the company's landlord to be patient, approached the bank for a loan and reminded customers that now would be a good time to pay their bills.

He cut his own pay by more than half and put his 18-person team on rotating furloughs while trying to avoid layoffs or dropping anyone from the company health insurance.

The belt-tightening may be enough to get the Windsor, New Jersey, company through the dry spell. Or it may not.

But Grigg's fight - and similar desperate battles underway at millions of American companies - will determine how many American workers will have jobs when normal life resumes.

"Personally, I'm focused entirely on the business. I'm not a doctor," said Grigg. "I'm thinking about the recovery of the business. How do we get through the next few months?"

Revenue in the first quarter fell by more than half and could hit zero for the next couple of months, said Grigg, 58, who became CEO in 2017. A skeleton crew of four or five workers - spaced widely across the small factory - remain busy with a few emergency orders. But the outlook for the factory on Windsor's Main Street is cloudy.

"It's bad today, and it might get worse," said Grigg. "We're going to do our best to maintain the business. We don't want to put people out in unemployment."

Grigg holds twice-daily video calls with his scattered employees, updating them on hopes for a Small Business Administration loan, which he fears will involve too much paperwork.

Emcom can hang on for six months or so. But assuming it does, Grigg anticipates a longer recovery than many economists and politicians.

"You can't close the doors and shut down the business one day and then expect that one week after you open the doors, you'll be in business again," he said. "The resumption of business could take three to six months."

The rolling quarantine may be an effective public health strategy, but it is proving to be bitter medicine for the U.S. economy.

The economic timeout is depriving businesses of revenue and costing millions of workers their salaries. But it isn't doing anything to stop the bills.

"If it were possible to stop every transaction in the economy, and the coronavirus crisis passed very quickly, there wouldn't be much of a problem," said Larry Harris, a finance professor at the University of Southern California's Marshall School of Business. "But the 'pause button' only works on some obligations."

In St. Louis, James Cooper, 41, found that out the hard way. After rising in 15 years to a retail industry management job, Cooper in late 2018 pursued a lifelong dream of photojournalism.

It seemed an auspicious moment to take the gamble. The economy was humming, and the unemployment rate was near a half-century low.

On Monday, as many stores remained closed, Cooper got laid off. He has less than $1,000 in the bank and expects a final paycheck of about $800. He has been denied unemployment benefits but was advised to reapply on April 6.

Cooper's salary has stopped, but his car insurance, utilities and cellphone bills keep coming. Amid the crisis, his landlord emailed to say do not even think about an extension on the rent.

"I don't know how long I'll be able to stay afloat," Cooper said. "A system that puts people in this position is obviously morally bankrupt. Either this system or millions of Americans will survive this, but not both."

All over the country, executives are trying to stretch limited cash to cover fixed expenses such as rent, loans and health insurance premiums. Corporations are cutting costs by laying off workers, halting dividends and stock buybacks and delaying new investments.

From the most prominent corporate names to unheralded manufacturers and restaurants, the objective is the same: live to fight another day.

Corporations such as General Motors, Hilton, Ford Motor Co., and Kraft Heinz Co. fortified their cash positions this month by tapping their credit lines with banks for a total of $140 billion, according to S&P Global Ratings.

For now, the nation's banks, which have $3 trillion committed to such lending channels, can accommodate these demands. But corporate cash needs "could be significantly higher than in past periods given the scale of the coronavirus pandemic and the sharp or total cessation of activity for many businesses," S&P warned this week.

The individual dramas playing out at businesses such as Emcom reflect an economy that has skidded to a stop.

In cities such as Boston, New York, Las Vegas, Pittsburgh, San Francisco and Chicago, roughly 70 percent of hourly employees are not working, according to Homebase, a maker of scheduling software. On Wednesday, the number of air travelers passing through TSA checkpoints was barely 10 percent of normal. IHS Markit's Purchasing Managers' Index for the services sector hit a record low earlier this past week, a sign the economy is contracting.

The economy's halt came at an especially bad time for Jill Meyers. On Feb. 28, after 28 years at the Triton Museum of Art in Santa Clara, Calif., she quit as executive director to help her husband, Chris, build his business.

He and his partners launched Pacific Motorcycle Training three years ago and wanted Jill to serve as chief financial officer.

On March 16, as the pandemic worsened, officials announced a shelter-in-place order for San Francisco and five other counties. That weekend, instead of the roughly 100 students who typically join classes, just three showed up, Meyers said.

The downdraft has been so sudden the Meyerses are just starting to work through the financial implications.

They got a break on their lease payments at two of their four sites. Payroll is not an immediate problem because instructors get paid per class and none is being held.

"How can we go without income for the next few months?" she asked. "We're fairly worried . . . But we're trying to stay positive."

The United States has been through deep recessions before. Unemployment topped 10 percent during the 2008 financial crisis. In the early 1980s, the country was in and out of recession twice in less than three years.

Companies can ride out downturns by drawing on financial reserves. But no one expects even the largest companies to endure an indefinite shutdown, economists said.

Owners and shareholders invest their money in a business to earn a return, so leaving excessive amounts of money idle is counterproductive. Businesses are supposed to put money to work.

Keeping too large of a "rainy day" fund also could have economy-wide implications. If every company maintained an enormous cash cushion, there would be less capital to fund new investments. All else being equal, less capital means higher interest rates, which could slow economic growth.

"It's very costly to have lots of cash sitting around," said Patrick Chovanec, economic adviser at Silvercrest Asset Management.

In Washington, there has been talk about helping companies retain their workforce through the shutdown. On Thursday, the Federal Reserve and four other banking regulators encouraged lenders to make loans to small businesses and consumers.

In Lewiston, Maine, Jimmy and Linda Simones are betting on a family tradition of resilience.

The hot dogs were a nickel apiece or six-for-a-quarter when Jimmy Simones' Greek immigrant grandfather in 1908 started serving workers at the Lewiston textile mills.

Simones Hot Dog Stand endured the Great Depression, war and financial crisis. When rationing during the Second World War meant hot dogs were hard to come by, Simones made do with Spam.

On March 14, the 44-seat restaurant was packed with people taking advantage of the late-winter sunshine to enjoy a walk through downtown and a distinctive red wiener.

Forty-eight hours later, business had dwindled to almost nothing as coronavirus fears kept people home. When customers remained scarce, Jimmy and Linda sat down with their son and daughter-in-law, who work at the eatery, and their two longtime waitresses to announce they were temporarily closing.

"We had a heart-to-heart," said Jimmy Simones. "I said: 'We can't pay you guys. There's not enough money coming in.' "

Roughly two weeks ago, this was a profitable family-owned fixture of the community. Now the doors are closed, and six people who depend on it for their livelihood have no idea when that might change.

The Simones say they understand the public health imperative behind the shutdown. But that doesn't make it easier to see the restaurant empty.

"It's heartbreaking," said Linda. "God willing, we hope we'll be able to come back."