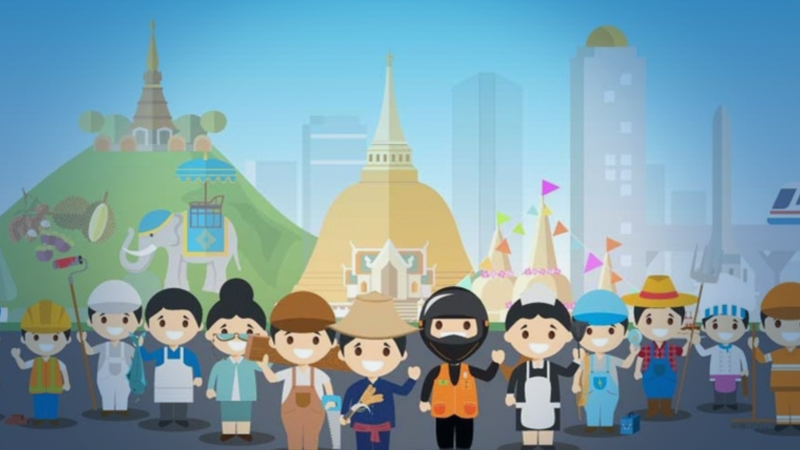 Some 14 million people have registered for the government's cash handout programme for those whose livelihoods are impacted by the Covid-19 outbreak.

The number is more than four times the government's initial estimate.

The Finance Ministry has assured every unemployed worker, freelance and non-permanent employee Bt5,000 cash every month for three months. The number of people who have registered has exceeded the ministry's initial estimate of three million people

The director-general of the Fiscal Policy Office, Lavaron Sangsnit, said on Sunday that as of 11.30am, the number of people who had registered had reached 14 million.

Registration on www.เราไม่ทิ้งกัน.com (we do not leave anyone behind) opened on Saturday evening but the website crashed soon after opening due to the huge traffic.

The website will remain open for registration and will not be closed down soon, so people should not rush to register, he said. He assured that everyone affected by the Covid-19 pandemic and business shutdown will get cash handouts. Employers and farmers would not be eligible as there are other relief measures designed to support them. Workers covered by the Social Security Fund are not eligible as they can get unemployment benefits from the fund.

The system will screen eligible persons within seven days, he said.

Initially, the Finance Ministry had estimated that three million people would be eligible and proposed a budget of Bt 45 billion.

Meanwhile, the Finance Ministry plans to borrow at least Bt200 billion. Some economists estimate the cost at as high as between Bt800 billion to Bt1 trillion