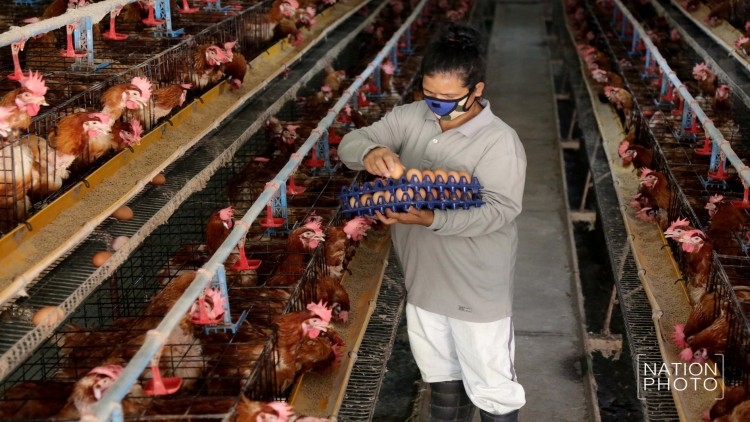 Egg production capacity in Phitsanulok is at 260,000 eggs per day, which should be more than enough for local consumption, a local livestock officer said.

“The current capacity has gone down from the full capacity of 340,000 eggs per day since farms have decommissioned 50,000 hens that are too old, while new hens will need some time to lay eggs at full capacity,” he said. “However, local consumption in Phitsanulok only accounted for 35 per cent of 260,000 eggs per day, while the rest will be sent to markets in neighbouring provinces such as Phichit, Uttaradit and Sukhothai.”

Thewan added that staff from the Livestock Development Department had inspected prices of eggs at farms to make sure they are in the range specified by the Ministry of Commerce. “Number 3 eggs were sold on average at Bt2.80 each, which is still lower than the highest price allowed at Bt3-3.50 per egg,” he added.

“The reason eggs become more expensive lately is because they were resold through several tier of middlemen, not because there were production problems at farms,” said Thewan.

“People should refrain from panic buying or hoarding eggs, as production capacity at farms are still adequate. Furthermore, fresh eggs can be kept outside refrigerators for a maximum of 20 days, therefore hoarding of eggs will only reduce their freshness.”

As for other livestock products, Thewan said that 53 livestock farms in Phitsanulok are producing 1.3 million chickens every two months and over 85,000 pigs every five months usual.