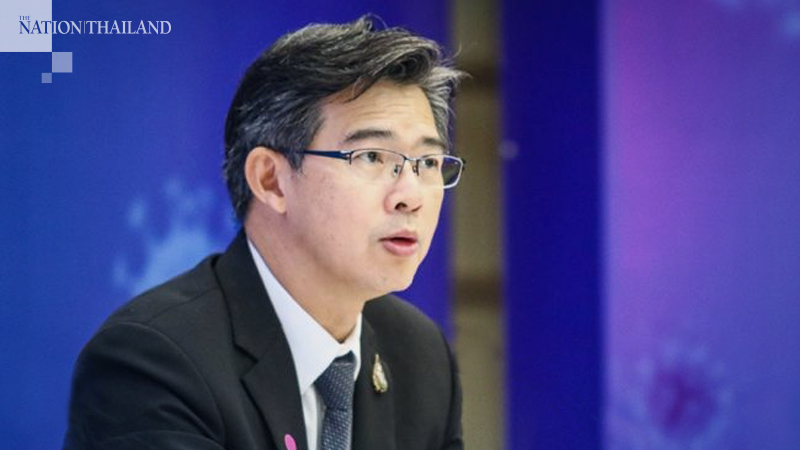 Covid-19 cases in the provinces have seen a steep rise, recording more cases than Bangkok, a graph from the Centre for Covid-19 Situation Administration (CCSA) shows.

CCSA spokesman Taweesin Visanuyothin said that the graph was based on statistics gathered from March 9-21, which showed that new cases in other provinces exceeded those in Bangkok. 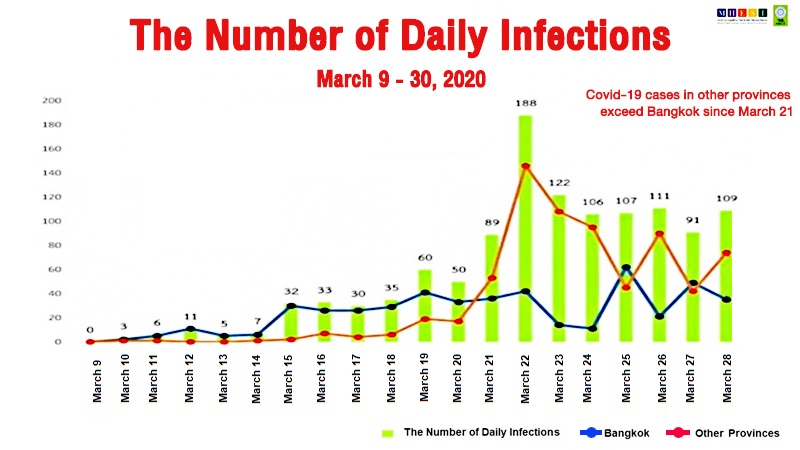 Deputy Prime Minister Wissanu Krea-ngam said that the different cultures in each province, such as giving alms to monks, could cause body contact, leading to the spread of the virus.

Anupong Sujariyakul, senior expert in preventive medicine at the Disease Control Department, said that the most affected region was the Central region followed by the South.