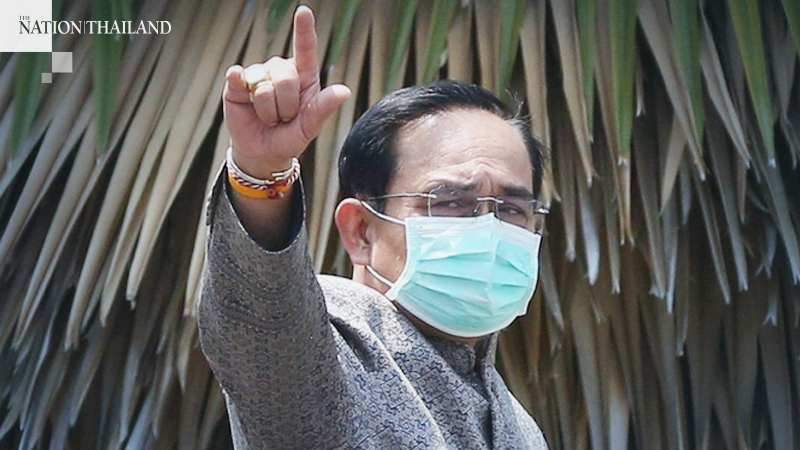 The government, if need be, will extend the state of emergency for another month or two depending on the Covid-19 situation, Prime Minister Prayut Chan-o-cha said today (March 31) after a cabinet meeting.

He said the government is reviewing the situation each week.

The premier announced the state of emergency, which took effect from March 26 and goes on until April 30.

Prayut said that at the moment the government is unlikely to lift the state of emergency soon.

He added that some rules under the emergency can be relaxed if the situation gets better. State agencies will consider tightening some rules in areas that show no improvement.

The premier said the rising numbers of confirmed cases over past seven days reflected the fact that the government was ramping up screening and that more people with symptoms were turning up at hospitals nationwide.

While many are concerned that more people travelling back to their hometowns will heighten the risk of virus infection and want to see a complete shutdown of public transportation networks, Prayut said the consequence of such an order must be taken into consideration before a decision is made.

He has also asked involved state agencies to see if the government should limit the frequency and capacity of public bus service on a daily basis .

If most people still failed to shelter in place, the government might have to suspend all public transportation systems.