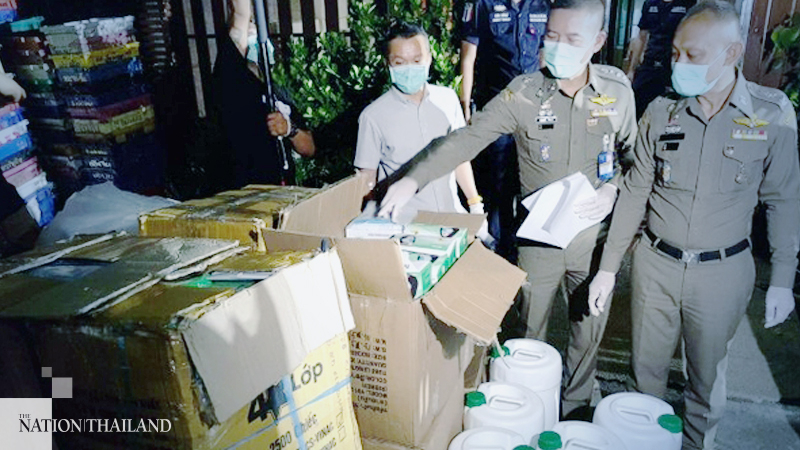 They were arrested at a house in Pattanakarn Soi 29, in Bangkok's Suan Luang district. The police reportedly found 142,500 face masks and 12,000 bottles of hand gels, 13 barrels of alcohol, three gel making machines, two pistols and a small amount of methamphetamine and MDMA.

“We organised a sting to buy a carton of face masks from the suspects at Bt32,500 or Bt15 per piece and arrested them in Pattanakarn Soi 29," Sompong said.

"We investigated their place of operation at house No 141/437 in the same soi. The house was modified to be a travel agency office registered under the name An An Bangkok Travel Co Ltd,” Sompong said.

Tran Tui An, who is listed as the owner of the company, reportedly told the police that she had opened a tour guide company for about 7-8 months but the business was down due to decreasing tourists, so she contacted her friend in Vietnam to import face masks and alcohol-based gels to sell in Thailand.