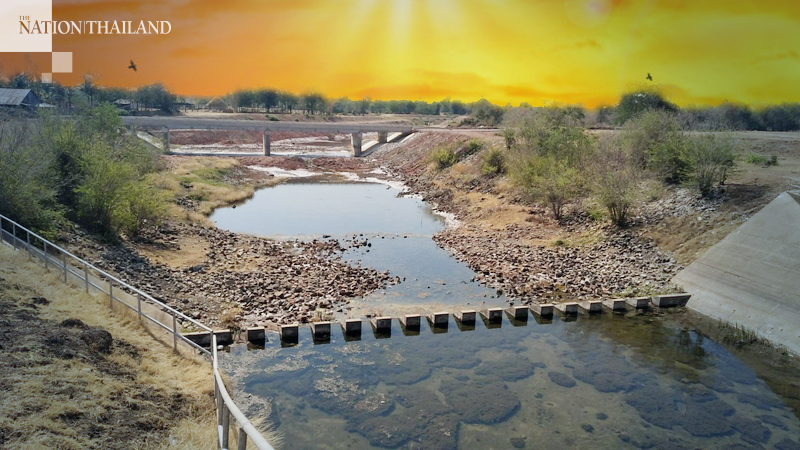 The level of usable water in dams and large reservoirs has dropped to critical levels, or lower than 30 per cent of capacity, as accumulated rain volume in the first quarter of 2020 has been lower than normal, the Department of Disaster Prevention and Mitigation reported on Wednesday (April 1).

“Meanwhile, 187 reservoirs nationwide also reported water levels at below 30 per cent, including 50 reservoirs in the North, 100 in the Northeast, 33 in Central and four in the South.”

The department also added that so far there have been 23 provinces that have been declared as drought areas requiring emergency financial support by the Ministry of Finance. These provinces are Chiang Rai, Phayao, Nan, Uttaradit, Sukhothai, Phetchaboon, Nakhon Sawan, Uthai Thani, Nongkhai, Beung Kan, Sakon Nakhon, Nakhon Phanom, Kalasin, Mahasarakham, Nakhon Ratchasima, Buriram, Chaiyaphum, Sisaket, Chainat, Kanjanaburi, Suphanburi, Chachoengsao and Prachinburi. “It is expected that 6,065 villages in 139 districts and 714 subdistricts are affected by the drought,” said the department.

The department also warned people of thunderstorms, gusty winds and hail in the Northeast, East and Central regions due to a high pressure system that moved from Vietnam and Laos. It urged people to closely follow announcements by the Thailand Meteorological Department.