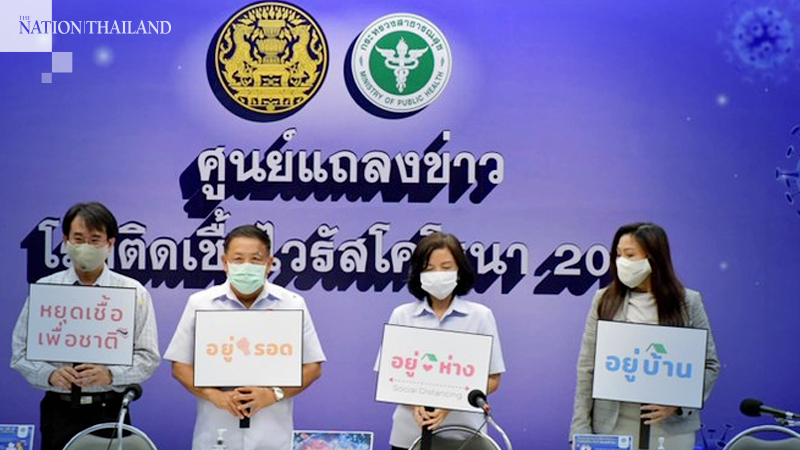 The first group of 51 are connected to cluster cases -- one person had attended a boxing event in a stadium, 11 had worked and been to entertainment venues, one had attended a religious ceremony in Malaysia and 38 had had close contact with others previously confirmed as infected

The second group comprised 39 people of whom 23 had just returned from overseas (six Thais and two foreigners from travelling and 16 after attending a religious ceremony in Indonesia), 14 were working in crowded areas or close to foreigners, and one medical staff.

The last group of 30 are being investigated on the source of the infection.

A 79-year-old man who also had diabetes and chronic kidney disease, died. He contracted the virus after attending a wedding in Malaysia. Another was a 58-year-old businessman who had returned from England.

Bangkok had the most number of cases at 43; folliwed by Samut Prakarn 23; Phuket 11; Krabi, Nonthaburi, Pathum Thani, Buriram, Songkhla, and Chonburi (two each); Chachoengsao, Nakhon Pathom, Si Sa Ket, Samut Sakhon, Saraburi, Nong Bua Lamphun, and Ubon Ratchathani (one each) while 24 are under investigation.

As of April 1, the total number of confirmed cases in the country stood at 1771-- 1,343 are under treatment, of whom 23 are in a critical condition, 416 have recovered and been discharged, and there have been 12 deaths.