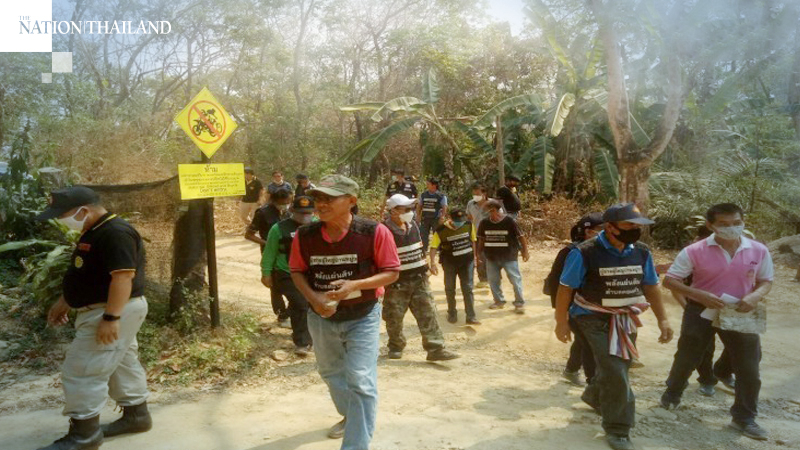 Stringent measures are being put in place to control forest fires in several parts of Chiang Mai with the aim of easing air pollution.

Chiang Mai’s deputy governor Komsan Suwan-Ampha met with representatives from the Natural Resources and Environment Ministry, Department of Disaster Prevention and Mitigation and other related agencies on Wednesday (April 1) to discuss ways of solving the pollution problem.

Komsan said steps are being taken to close all access to forests in a move to save forested areas of Doi Suthep and Doi Pui.

He has also ordered soldiers, police and other relevant state officials as well as community chiefs and local people to patrol the mountains’ forested areas to ensure no fires are sparked. He has also ordered the arrest of trespassers.

As of Wednesday, 2.37pm, there were 121 hotspots in 15 Chiang Mai districts and the authorities are doing their best to control these fires.

The helicopters of Department of Disaster Prevention and Mitigation as well as those of the Royal Thai Army are on standby at Doi Suthep to respond to emergencies, while other government helicopters are being used to control fires in other areas.