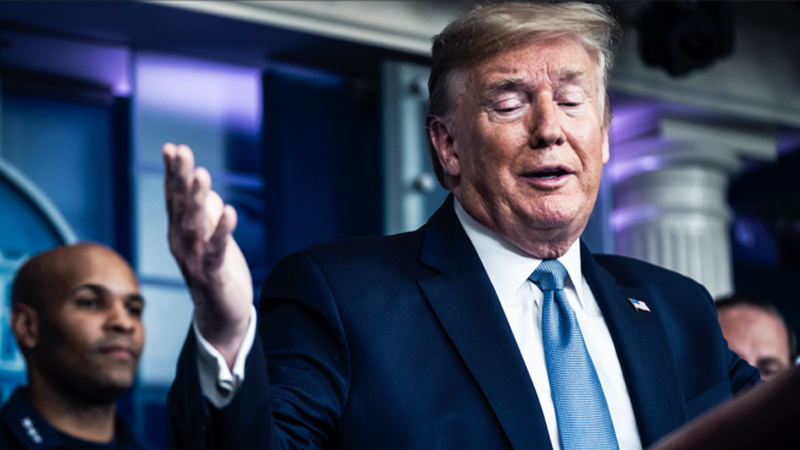 WASHINGTON - President Donald Trump asserted Wednesday, without citing specific evidence, that Iran or an Iran-backed militia is planning a "sneak attack" on U.S. troops or assets in Iraq and warned that Iran would "pay a very heavy price" if it were carried out.

The saber-rattling from Trump comes as Iran-backed militias are becoming more audacious in attacking U.S. personnel in Iraq, with rocket strikes on military bases occurring more frequently and, for the first time, in broad daylight.

"Upon information and belief, Iran or its proxies are planning a sneak attack on U.S. troops and/or assets in Iraq," Trump said in his tweet, without providing elaboration. "If this happens, Iran will pay a very heavy price, indeed!"

Asked about his comments later Wednesday at a White House briefing, Trump declined to share more specifics about a potential threat but vowed a robust response if an attack were carried out, saying, "It's going to be very painful for the other side."

"I don't want to say, but we just have information that they were planning something, and it's very good information," Trump said. "It was led by Iran, not necessarily Iran, but troops supported by Iran, but that to me is Iran, and we're just saying, 'Don't do it, don't do it.' It would be a very bad thing for them if they do it."

The tensions come amid a coronavirus pandemic that has increasingly occupied Trump and taken a particularly hard toll on Iran at a time when the United States is expanding sanctions against the country. It remains unclear how much control Iran maintains over its various proxy groups.

It is also unclear how much of an appetite Americans would have for another crisis as the death toll from the coronavirus rises in the United States.

A Washington Post-ABC News poll in January showed that Americans were divided over Trump's handling of the situation with Iran generally, with 45% approving and 47% disapproving.

The survey came shortly after the U.S. strike in Iraq that killed Maj. Gen. Qasem Soleimani, Iran's chief military strategist. In the Post-ABC poll, 53% supported Trump's order of the drone strike while 41% opposed it.

Assistant Secretary of State for Near Eastern Affairs David Schenker told reporters late last month that the United States would "take what steps that we see necessary" to retaliate for militia violence directed at U.S. troops or assets. But the administration remains divided over how, or even whether, to strike back.

"It's clear that they have the desire, the willingness, and the equipment to hit us," an official familiar with the issue said last week, speaking on the condition of anonymity because of the sensitivity of the topic. Decisions over how to respond to a new attack would be influenced by its scale and lethality, the official said, as well as the type of weapons used.

Trump's threat comes as the U.S.-led coalition is shrinking and consolidating its force in Iraq, ending its operations in smaller military bases and moving hundreds of troops into larger ones, or abroad.

The force is stationed in Iraq to fight the Islamic State militant group. That fight is essentially over, but military officials in Baghdad say the coalition drawdown is also partly linked to rising tensions between the United States and Iran.

"We're taking precautions," said one official, adding that various threats "coming across the threat stream" have become an everyday occurrence.

As tensions simmer, the Pentagon has beefed up defenses at Iraqi military bases hosting U.S. troops. Last week, it deployed Patriot missile defense batteries at two facilities that were targeted with Iranian ballistic missiles in January, according to U.S. and Iraqi officials. The Patriot system, made up of high-performance radars and interceptors, is designed to defend against such attacks.