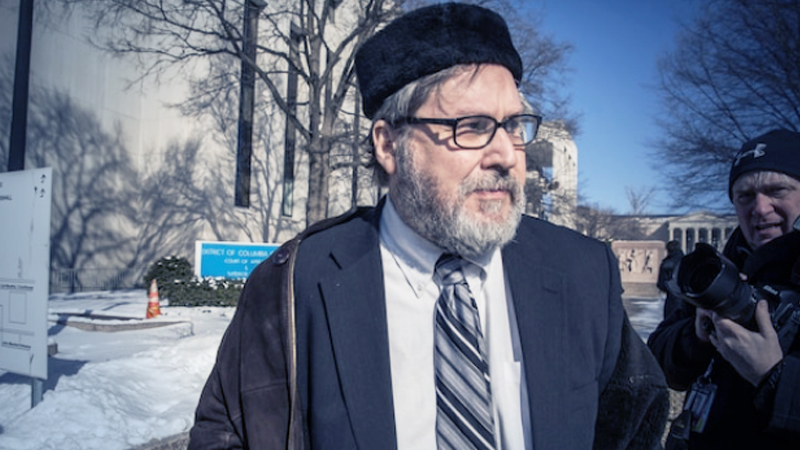 Rabbi Barry Freundel, who plunged from national prominence after his 2014 arrest for spying on women in a ritual bath, was released from the District of Columbia jail Wednesday, the city Department of Corrections said.

While prosecutors had initially sought a 17-year term for Freundel, who had secretly videotaped dozens of women, including many who were studying with him as part of their conversion to Judaism, he was sentenced in 2015 to 6½ years. He had been the leader of Kesher Israel Congregation, an Orthodox synagogue in Georgetown, for 25 years.

According to an email sent Wednesday to the rabbi's victims from Amy Zubrensky, a Justice Department prosecutor, Freundel benefited from a city measure aimed at releasing prisoners serving misdemeanor sentences from jail amid the coronavirus pandemic. The measure allows, in the case of a public health emergency, for inmates who have good time credits to get a certain number of days cut from their sentence.

Freundel's original release date was Oct. 20, 2021, but after earning good behavior credits, it was moved up to April 15, 2020. Then the virus-related new law bumped the date to April 1.

"I hope that if he truly is sorry and wants to make amends for the pain he has caused, as he has claimed, he will consider the feelings of those who live in the communities in which he may decide to reside in," said Bethany Mandel, who converted with Freundel and said she had been disturbed by the way he appeared during their work to enjoy wielding control over her. With his arrest, other women complained of harassment and sexism.

Another victim, who spoke on the condition of anonymity, wrote to prosecutors this week to express displeasure that Freundel would get out early - in time for the start of the Jewish festival of Passover, "when Jews remember being released from slavery in Egypt. This early release, granting Freundel the ability to celebrate his own freedom together with Passover, is a final smack in the face to victims," the woman wrote to Zubrensky.

"I know that I, a victim outside the statute of limitations, feel that justice was not done for many of us. I continue to experience symptoms of post-traumatic stress, I continue to be hurt, I continue to think about what happened frequently, despite significant efforts to free myself from the shackles of this violation. Please do not allow Freundel to be given the satisfaction of being able to celebrate this Passover as a free man when so many of us are still enslaved by the effects of what he did."

In a written statement to The Post, U.S. Attorney for the District of Columbia Timothy Shea called Freundel's sentence "substantial."

District Superior Court Senior Judge Geoffrey Alprin "took into account the heart-wrenching stories of numerous individuals who shared the lasting scars left by the defendant's outrageous and criminal behavior. My office continues its commitment to aggressively investigating and prosecuting predators who, like Freundel, use their position of trust to exploit unwitting victims, including those who do so under the auspices of religious authority," Shea wrote.

Freundel is a pariah in the region's Jewish community, where he once led a synagogue that is home to multiple prominent Washingtonians. Freundel was considered among the most authoritative and powerful Orthodox American rabbis in the area of conversion. He was also a liaison to Israel's religious leaders on the controversial and political question of who should be considered a Jew.

People were stunned in fall 2014 when news broke that an attendant in the ritual bath, called a mikvah, discovered a suspicious clock that turned out to be a camera. The synagogue turned in its rabbi.

Now, victims including Mandel worry about him returning to live in the neighborhoods where his victims live. There are limited residential options for observant Jews who need to live within walking distance of synagogues - observant Jews don't drive on the Sabbath - and kosher supermarkets and restaurants.

Zubrensky did not immediately return a request for comment from The Washington Post, but in her letter to victims, she said she didn't know where Freundel planned to go upon his release. "I know this news will be upsetting to many of you," she said.

The sentence Freundel received does not require him to be supervised post-incarceration or to register as a sex offender, the prosecutor wrote.