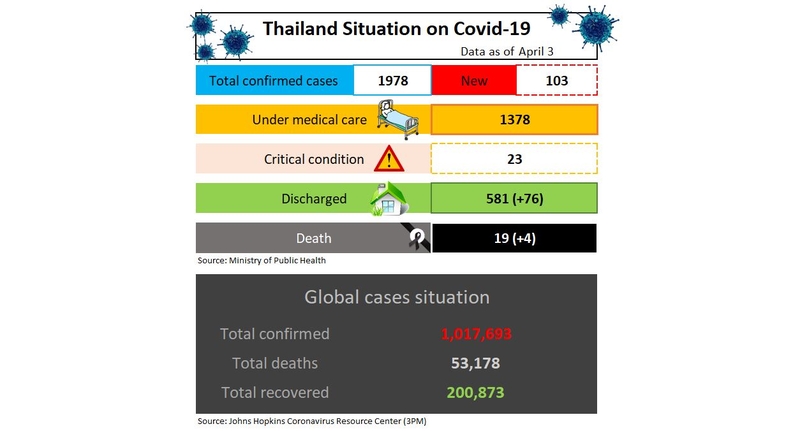 Of the confirmed cases, 1,378 are being treated in medical facilities and 23 are in critical condition, while 581 have recovered and been discharged, according to the government's Centre for Covid-19 Situation Administration.

The first group of 48 are connected to cluster cases – one case had attended a boxing event in a Bangkok stadium, two had visited entertainment venues, six had attended a religious ceremony in Indonesia, and the remaining 39 had close contact with others previously confirmed as infected.

The second group comprises 44 people, of whom 15 had just returned from overseas (seven Thais and eight foreigners ), two were infected by the returnees, four had visited crowded areas, 13 worked in crowded areas or close to foreigners, five are medical staff, and five were infected from other sources.

The third group of 11 are being investigated for the source of their infection.

Global cases of Covid-19 surpassed the 1 million mark yesterday as the death toll rose to around 50,000 deaths.