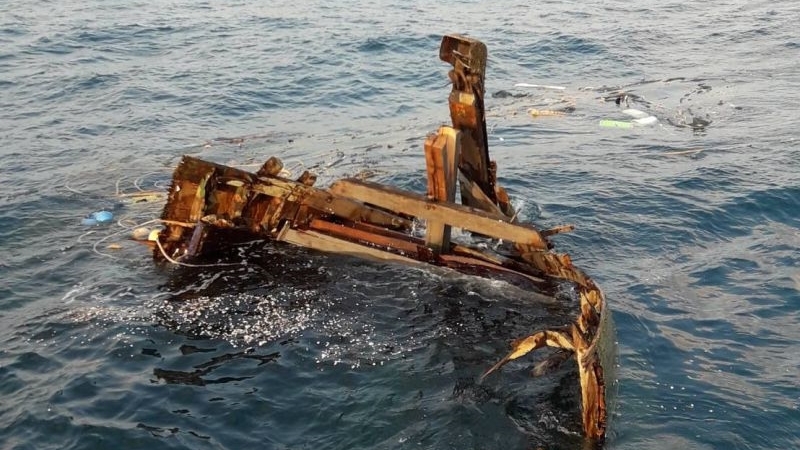 An alleged hit-and-run incident in the Gulf of Thailand destroyed a fishing trawler and left its crew of eight swimming for their lives on Friday (April 3).

The trawler broke apart after colliding with a cargo ship which then fled the scene. However, police said they could not proceed with the case because the coordinates of the incident were unclear to them.

The Sri-nopparat 11 trawler was hit by the Sun Flora cargo ship at 5.58am on latitude 12.11.73, longitude 100.54.579, said the trawler’s owner, Preecha Kasemtheerasomboon. The force of the collision cracked the hull of the trawler which then began to break apart.

Its eight crew members jumped into the sea but were plucked to safety by a passing trawler. They noted down the Sun Flora’s identification details as it sailed away.

Sri-nopparat 11’s crew members reported the incident to Plutaluang Police Station in Chon Buri province but the police were not able to read the coordinates and decided to contact the fish merchants' association in Samut Sakhon.

Officials explained to Preecha that incidents at sea should be reported to the Marine Department specialising in those matters.