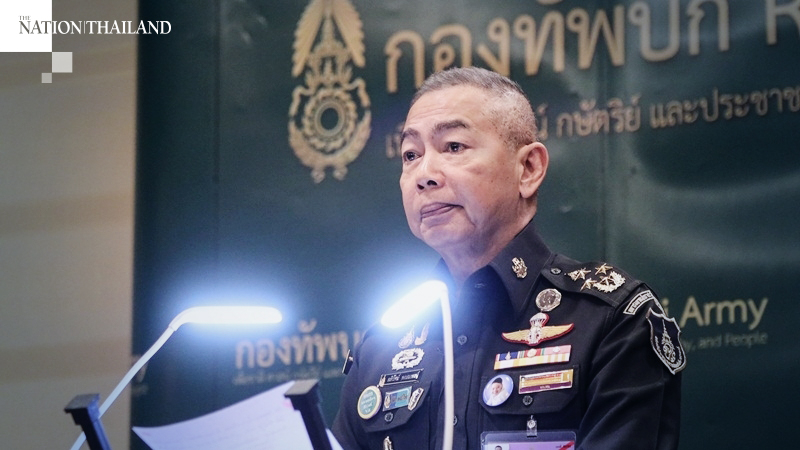 He made his remarks while presiding over a meeting of the Army Operations Centre through video conferencing to follow up on the Covid-19 pandemic at the Royal Thai Armed Forces Headquarters on Rajdamnoen Road in Bangkok.

The move follows up on the government’s curfew order prohibiting people from going outside from 10pm to 4am.

“We have appointed the Directorate of Operations to order the deputy director of the Internal Security Operations Command in each Army region to cooperate with provinces to conduct a survey,” he said.

“Besides, the Directorate of Operations is responsible for setting up checkpoints throughout Bangkok, while all units will conduct a survey between 10pm to 4am two to three times.”

He added that the Army has prepared a disease investigation form to keep a check on military personnel and families who have risk of Covid-19 infection.

“We request every unit to study the details and appoint commissioned officers to investigate the disease,” he added. “In the investigation, the parents or relatives must also be asked whether anyone is infected with Covid-19 or not.”