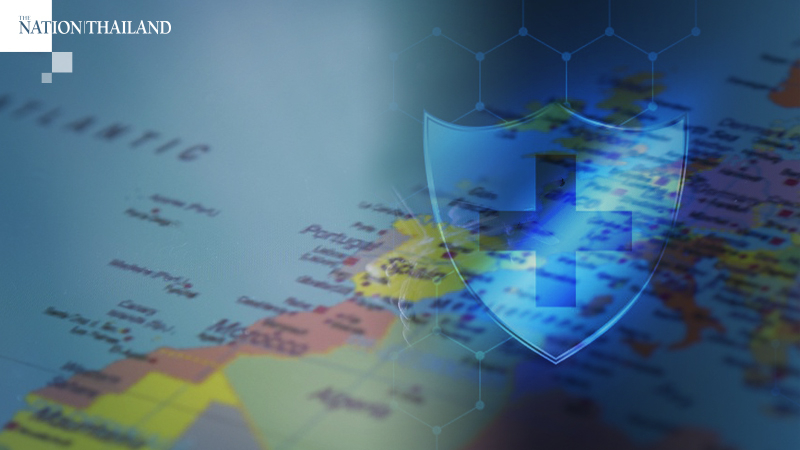 The number of coronavirus deaths in Italy, Spain, France and Germany surpassed 31,000, with all four countries on almost complete lockdown as leaders struggle to bring the outbreak under control.

Deaths mounted across the four European nations, which between them have almost 60% of total fatalities and more than a third of the global tally of 1 million confirmed cases. The grim figures give governments little leeway to ease restrictions in a human and economic crisis that is straining continental unity.

While new infections slowed in Italy and intensive-care admissions declined in France, officials said it's still too early to relax restrictions that have brought wide swathes of Europe to a halt. France's death toll rose sharply on Thursday after data from some nursing homes were included for the first time.

In a tentative sign of hope, Spain -- the epicenter of the outbreak in Europe alongside Italy -- reported the first decline in coronavirus deaths in four days on Friday. The number of new cases was also less than the previous day.

In Germany, coronavirus fatalities and confirmed cases rose by more than the previous day on Friday, with total deaths climbing past 1,000.

Chancellor Angela Merkel ended her precautionary quarantine after working from her home since March 22, German government spokesman Steffen Seibert told reporters in Berlin. She will continue to abide by social distancing rules, after prolonging a nationwide lockdown until April 19.

Germany, which has 84,794 infections, may need additional intensive-care space, even after boosting capacity by more than 40% since the crisis began, according to Lothar Wieler, president of the Robert Koch Institute.

"My personal appraisal is that it will not be enough," Wieler said at a press briefing. "I would be happy to be wrong." He added that Germany's mortality rate is probably underestimated because of insufficient testing.

To deal with fallout from shutting down large parts of the economy, Italian Prime Minister Giuseppe Conte is expected to unveil measures to provide liquidity for companies as he calls for jointly-issued European debt to aid his country's finances.

Italy, the euro area's third-biggest economy, has been under lockdown since early March, halting non-essential economic activity and banning movement within the country except for work, health or emergency reasons. The mobility limits are in effect until at least April 13.

Government leaders have expressed concern that Italy's debt market could risk a mass exodus by investors and that they would view any credit lines linked to the European Stability Mechanism rescue fund as stigmatizing the country.

"We will help, we must help, also in our own interest," German Foreign Minister Heiko Maas said Friday when asked about Italy's plight. Europe's biggest economy opposes Italy's efforts to issue joint debt, or so-called coronabonds.

"These days will remind us how important it is that we have the European Union and that we cannot solve the crisis acting unilaterally," Maas told ARD TV. "I am absolutely certain that in coming days we'll find a solution that everyone can support."

Spain's Health Ministry on Friday reported 932 deaths and 7,472 new cases over the latest 24-hour period. The dip could ease pressure on overwhelmed hospitals.

Prime Minister Pedro Sanchez's government, which is hopeful that it will have a possible coronavirus vaccine before the end of this month, may extend the current lockdown for another two weeks beyond April 11, Spanish media reported.

In Italy, the number of hospitalized patients rose by 137, the lowest increase in at least a month. Italy's death toll reached 13,915, according to figures reported Thursday evening. Spanish fatalities were 10,935, while France, which will likely extend its lockdown beyond April 15, has 5,398 deaths. Germany's total was 1,107.

On the EU's eastern flank, worrying trends are developing in Romania, which has a disproportionate share of infections occurring inside medical facilities. The country spends less on health care than any other member-state, has the highest mortality rate from treatable diseases and one of the bloc's lowest life expectancies. It's recorded more fatalities than nearby Poland, Hungary and the Czech Republic combined.

With Germany warning that it could face a deeper recession than during the financial crisis, the economic impact is hitting home across Europe.

IHS Markit said its monthly measure of services and manufacturing points to an annualized contraction of about 10% in the euro area's economy. With new business, confidence and employment all down, there is "worse inevitably to come in the near future," it said.