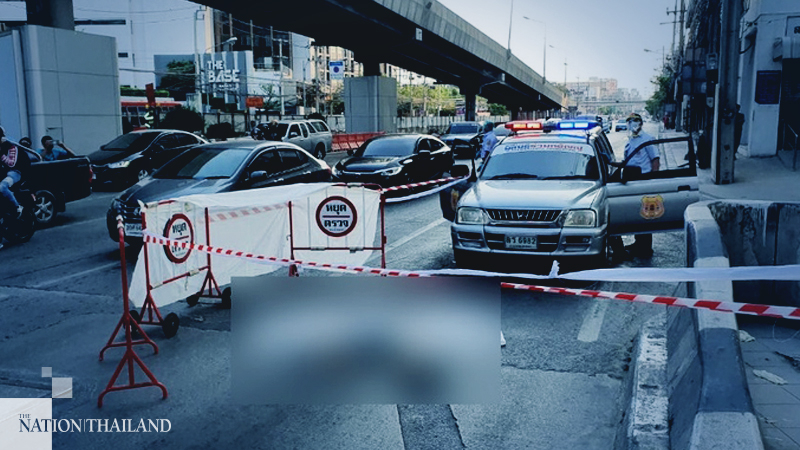 A British man reportedly killed himself on Saturday (April 4) by jumping from an expressway.

Police and officials from the Institute of Forensic Medicine, Police General Hospital, on Saturday (April 4) investigated the body of a foreign man at the Ramkhamhaeng intersection in Bangkok’s Hua Mak district.

Witnesses reportedly told police that they saw the man jump onto Ramkhamhaeng Road from the Sirat Expressway above, where police found a parked Isuzu D-Max pickup truck belonging to the deceased.

The witnesses said they saw the event around 7am but officials could not investigate the body until later in the afternoon as they were preparing protective gears in case the deceased was infected with Covid-19.

From documentation in the truck, police were able to contact the deceased’s wife who reportedly told the police that her husband was a British national and was not infected with Covid-19. His name and age were not disclosed.

She added that her husband had become depressed lately due to losses in his business.

The body was brought to Institute of Forensic Medicine, Police General Hospital for autopsy.