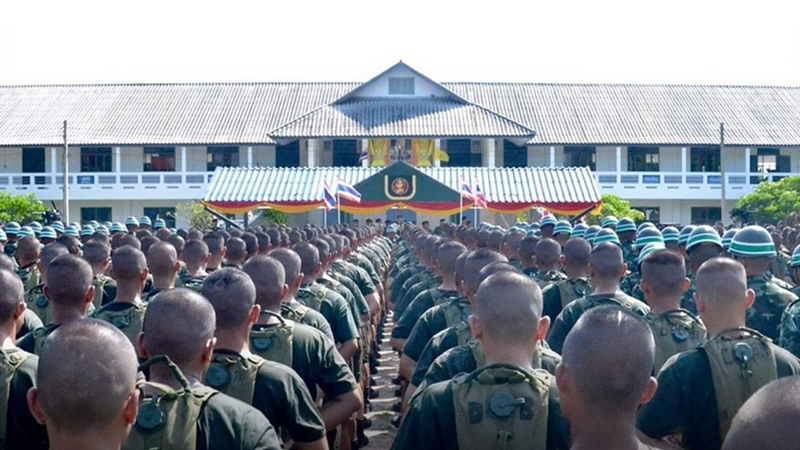 The Army have been sanitising several locations every night and producing face masks in the daylight.

Military hospitals have been turned into field hospitals for civilians as Prime Minister Prayut Chan-o-cha tries to tackle the Covid-19 crisis.

In addition, the Military is battling on multiple other fronts; they are making efforts to solve the drought problem, fighting wildfires in the northern region, and the insurgency in the deep South just to regain the trust of the people after some missteps on their side aggravated the coronavirus outbreak.

One of the reasons behind Covid-19 spreading like wild fire in the country, damaging public health, the economy, the social structure and livelihoods of numerous people, was a boxing competition organised by a high-ranking Army officer.

The Army under the command of General Apirat Kongsompong cannot absolve itself of responsibility even though there are always scapegoats for these kinds of situations.

Maj-General Rachit Arunrungsee, chief of the Army Welfare Department and a close associate of Apirat, was transferred and is being investigated by a committee to pin accountability for the boxing competition.

However, the image of the Army has not improved and, in fact, their own officers are now being infected with the virus as they live in crowded welfare apartments, with risk of the virus spreading to family members and neighbours.

Meanwhile, the Navy faces the same predicament of eroding public trust after proposing to the Cabinet the purchase of another ship to support its submarine project while the economy is going downhill.

Even though the Cabinet turned down the proposal, the image of the Navy was seriously tainted in the eyes of the public.

Now, they can only hope that the Covid-19 crisis would end soon before the residue of trust that is left fades away.