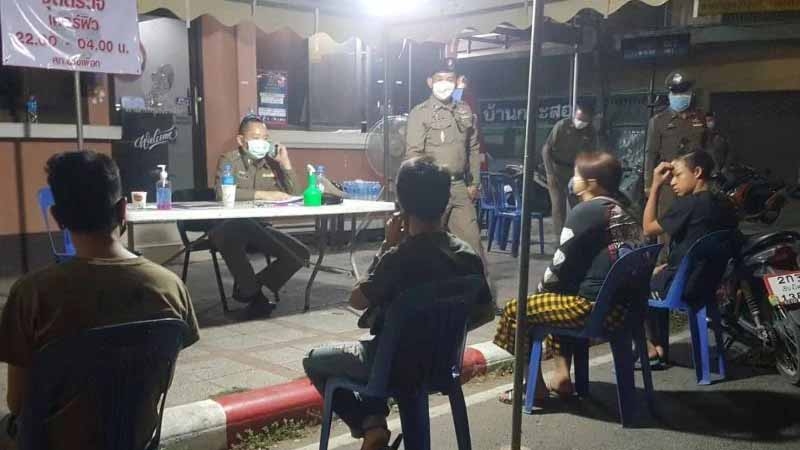 The authorities arrested 59 people at different checkpoints in Chiang Mai on Sunday (April 5) for violating the 10pm to 4am curfew order.

Pol Maj-General Pichet Chiranantasin, chief of Chiang Mai Police Station, said on Monday that police had set up checkpoints across the province to monitor the implementation of the curfew and arrest violators.

“Nine people were arrested by the Chiang Mai Police Station, the highest number, followed by eight each at Mae Ping and Phu Ping Ratchaniwet police stations,” he said, adding that the rest were nabbed at other corners of the province.

“Each and every violator will face charges of violating curfew orders without exception.”

He added that most of the violators claimed they were returning home after having drinks and had lost track of time.

“Every checkpoint has been ordered to file charges against violators without any exception and check their alcohol levels,” he added.