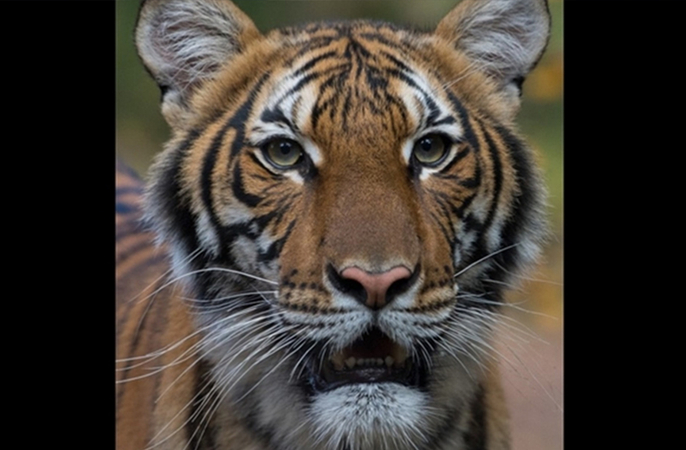 A tiger at the Bronx Zoo has tested positive for the novel coronavirus, becoming the first known animal in the United States to contract the virus, the zoo and federal officials said Sunday.

The four-year-old Malayan tiger named Nadia was tested for covid-19 after she and several other lions and tigers came down with a dry cough starting March 27, the U.S. Department of Agriculture said in a statement. Officials believe that an asymptomatic zookeeper carrying the virus somehow transmitted the disease to the tiger while caring for the animals.

The Wildlife Conservation Society, which runs the Bronx Zoo, said it wanted to test Nadia "out of an abundance of caution," hoping to ensure "any knowledge we gain about COVID-19 will contribute to the world's continuing understanding of this novel coronavirus."

Her test was confirmed positive at the USDA's National Veterinary Services Laboratories, in what the agency described as "the first case of its kind."

"Though they have experienced some decrease in appetite, the cats at the Bronx Zoo are otherwise doing well under veterinary care and are bright, alert, and interactive with their keepers," the Wildlife Conservation Society said in a statement. "It is not known how this disease will develop in big cats since different species can react differently to novel infections, but we will continue to monitor them closely and anticipate full recoveries."

The tiger's positive diagnosis follows scattered reports around the world of other animals contracting the virus, raising concerns among pet owners about whether their animals could be at risk. Officials in Hong Kong have discovered covid-19 in at least one cat and two dogs quarantined with their infected owners, while a cat in Belgium showed some signs consistent with the virus after its owner returned from Italy and later tested positive.

While there have been no reports of pets in the United States contracting the virus, the USDA said it still recommends that "people sick with COVID-19 limit contact with animals until more information is known about the virus."

"If a sick person must care for a pet or be around animals, they should wash their hands before and after the interaction," the agency said.

The USDA added that humans shouldn't worry about catching it from pets or animals, saying there is currently "no evidence" to suggest that animals who contract the virus can give it back to their keepers.

The Bronx Zoo has been closed to the public since mid-March, as New York City continues to be the worst-hit area not only in the country but in the world. More than 67,000 people have tested positive for the virus in the city, of the known cases.

Following Nadia's positive coronavirus test, the Wildlife Conservation Society said Sunday that employees at the Bronx Zoo put in place "appropriate preventative measures," leading some zoos elsewhere in the United States to follow suit. The Oakland Zoo, for example, said it was expanding its existing guidelines for personal protective equipment.

The animals at the Bronx Zoo who developed the dry cough were housed in its Tiger Mountain exhibit, the conservation society said. They included Nadia's sister, Azul, two Amur tigers and three African lions.

But while all showed similar respiratory symptoms, the USDA said Nadia was the only big cat tested because undergoing diagnostic tests requires that the animals be placed under general anesthesia. The attending veterinarian "felt it was in the best interest of the animals to limit the potential risks of general anesthesia to one tiger for diagnostics," the USDA said.

The Bronx Zoo also pointed out that coronavirus tests for people and animals are different, with the latter being performed at a veterinary lab, so no human in need of a test lost one to the tiger.

"You cannot send human samples to the veterinary laboratory, and you cannot send animal tests to the human laboratories, so there is no competition for testing between these very different situations," Dr. Paul Calle, the Bronx Zoo's chief veterinarian, said in a statement.

Still, the USDA said that the tiger's diagnosis shouldn't lead zoos or other pet owners to worry about routinely testing animals for coronavirus.