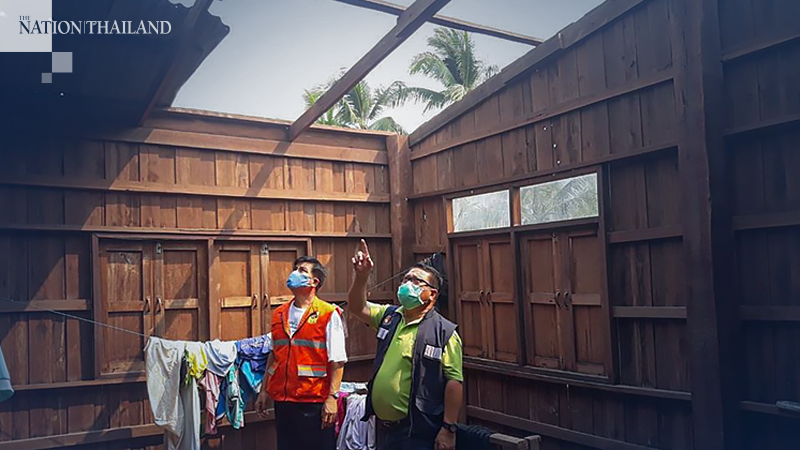 Storms have wrecked 1,589 homes in 16 provinces, the Department of Disaster Prevention and Mitigation said today (April 7), though there have been no reports of any deaths.

Besides this, 47 barns, a school and a temple have been damaged, and six cows killed.

“The department has coordinated with local administration offices, the military and related agencies to provide aids to victims,” he said. “Consumer products, medical supplies and construction material are being delivered to help people fix their homes. The department will also dispatch officials to estimate the damage in each community and submit a report to the Finance Ministry to disburse money earmarked for natural disasters.”

If you require assistance during a natural disaster, contact the department via hotline 1784.