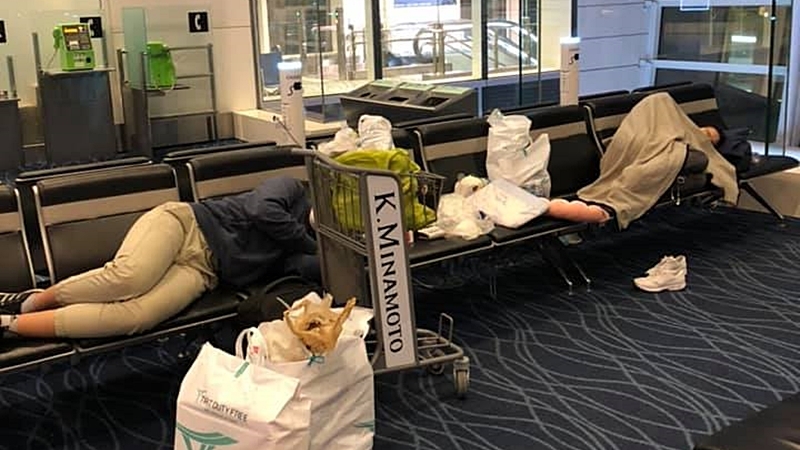 Five Thai exchange students, who on their way back from the United States found themselves stranded in Tokyo’s Haneda Airport, are pleading for help.

Natcha Lapaaneknan, one of the students, posted on her Facebook page that they had booked a flight to Thailand on April 2, however, their plane landed in Tokyo on April 3 without prior notice. They later learned that Thailand had cancelled incoming flights from April 4 to 6.

Their flight was then rescheduled to depart on Tuesday (April 7) but was cancelled again after Thailand extended a restriction on incoming flights until April 18.

As of Tuesday, Thailand announced it was only allowing 200 arrivals per day.

She said they contacted the Royal Thai Embassy in Japan and were provided basic necessities, face masks, hand-sanitising gel and medicines.

Natcha said that because they did not have a visa to enter Japan, they were being forced to sleep on seats in the airport.

So far, some 15 Thai citizens are stranded at Haneda Airport, including children and elderly, and with restaurants suspending services, finding food is becoming difficult.

Natcha said in her Facebook post that they are concerned about being trapped in the airport with no supplies if their flights continue getting cancelled.