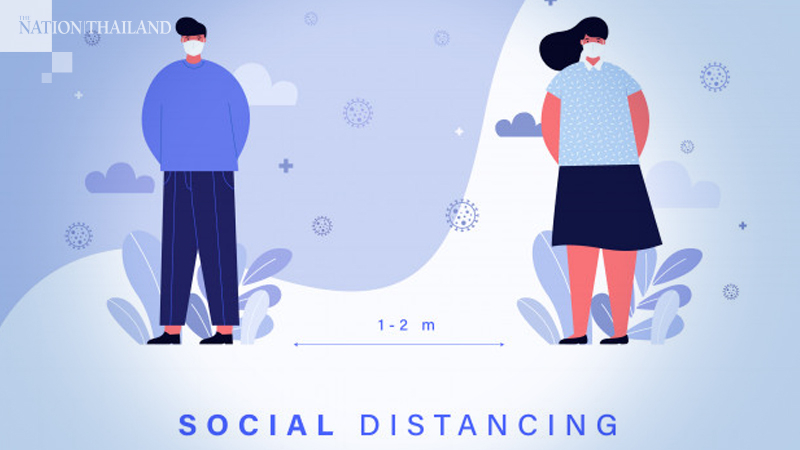 In 1845, a shy young man named Henry David Thoreau "went to the woods to live deliberately."

Using old boards from a nearby shanty, he and a few friends built a small cabin near Walden Pond in Concord, Massachusetts. Determined to break a spell of writer's block, he stayed there more than two years, trying to "suck out all the marrow of life."

He was not always alone during this time, as some carping high school student will point out. But Thoreau's experiment, immortalized in "Walden; or, Life in the Woods," became the world's most famous act of social distancing.

Since the coronavirus quarantine began in the United States last month, tens of millions of us have begun something like Thoreau's retreat, but with a better Internet connection. As the days accumulate into weeks and then months, the burden of remaining cloistered will surely grow more challenging. Thoreau went there before us. He knew there can be contentment alone just as often as there can be loneliness among company.

Of course, when regarded as a 20-something prig squatting rent-free on Ralph Waldo Emerson's land, Thoreau sounds like the dude you'd least like to be quarantined with.

He writes, "Men frequently say to me, 'I should think you would feel lonesome down there, and want to be nearer to folks.'"

"Why should I feel lonely?" he asks. "Is not our planet in the Milky Way?"

But considering "Walden" in the context of Thoreau's life makes a richer and far more sympathetic book than its collection of metaphysical aphorisms would suggest.

In 1842, just a few years before he went to the woods, Thoreau's beloved brother, John, cut himself on a razor. There was no vaccine or cure for the tetanus infection that quickly set in and killed him. John was 27 years old. He died in agony in Thoreau's arms.

Just two weeks after that tragedy, Emerson lost his 5-year-old son, Waldo, to scarlet fever. As a sometimes resident of Emerson's house, Thoreau had often played with the little boy and made him wooden toys.

The deaths were unbearable.

Thoreau's journal, a vast compendium of almost daily reflection that includes more than 2 million words, breaks off for six weeks during this unspeakable period of loss. Soon after he returns to his journal, he writes, "I am like a feather floating in the atmosphere; on every side is depth unfathomable. I feel as if years have been crowded into the last month."

It's become customary to read "Walden" as an inspirational guide to nature or, less charitably, as a series of self-righteous pronouncements. Try, instead, reading it as a memoir of grieving. Its affirmations speak so powerfully in this time of mourning - not just for the loss of loved ones but for the loss of life as we knew it. "Walden" is the record of a man struggling to pray his way back to daylight the only way he knew how. The cabin by the pond was not an arrogant rejection of society so much as a cell and sanctuary, a place of torture and relief.

You can hear that as pastoral bragging. I hear somebody trying to resist despair by etching into print sentences beautiful enough to remake his own mind. You wouldn't know it from "Walden," but Thoreau wasn't just observing toadstools and listening to whippoorwills during those two years by the pond. He was writing his first book, "A Week on the Concord and Merrimack Rivers," about a boat trip he took with his late brother.

The coronavirus quarantine draws me back almost 30 years to when our first daughter was born with cerebral palsy after a terrifying labor. We spent 10 timeless days in the neonatal ICU before the doctors wished us luck and sent us home. My wife and I were in our 20s, struggling to make sense of what had happened to us, fearing what lay ahead for our child. We lived in a tiny house in a remote village along the Mississippi River. We cycled through fits of optimism and dread.

I had been raised at a time when people still whispered words like "divorce" and "cancer." The only children with disabilities I had seen were on Jerry Lewis' maudlin TV fundraisers. I had no language to describe what had befallen us. Unsure how to behave, my wife and I hunkered down in that little house and chose to see almost no one, convinced isolation was easier than enduring anyone's fake cooing over our baby. The loneliness was so intense I thought it would kill me. When we saw other people, we were all smiles and abstract optimism. We lived in the Milky Way.

Years later, in a moment of extraordinary candor, a friend told us, "I sensed something was wrong, so I didn't call."

We didn't blame him; we knew exactly what he meant. Others' solitude can seem so sacrosanct, so proud and neatly sealed. Who'd want to disturb that? But now whenever my wife and I find ourselves reluctant to risk intruding on the privacy of someone in distress, we remind each other of that cruel hesitancy.

Locked up alone or crowded together in apartments, many of us are enduring unbearable but asymptomatic loneliness, anxiety and grief. Pick up the phone. Make time for FaceTime. Thoreau once asked, "What sort of space is that which separates a man from his fellows and makes him solitary?"

It's only the space we tolerate.