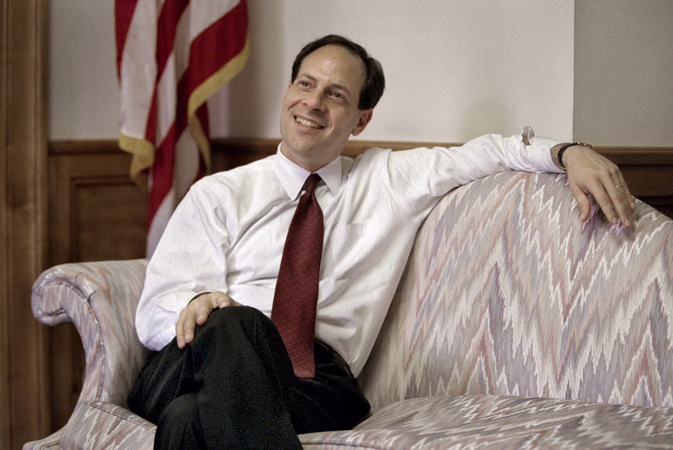 President Donald Trump has removed the chairman of the federal panel Congress created to oversee his administration's management of the $2 trillion coronavirus stimulus package - the latest action by the president to undermine the system of independent oversight of the executive established after Watergate.

In just the last four days Trump has ousted two inspectors general and expressed displeasure with a third, a pattern that critics say is a direct assault on one of the pillars of good governance.

Late last month, Fine was selected by the head of a council of inspectors general to lead the Pandemic Response Accountability Committee, created by the March 27 law.

On Friday, the president notified Congress that he was removing Michael Atkinson as the inspector general of the intelligence community - a decision that Trump acknowledged was in response to Atkinson's having alerted lawmakers to the existence of a whistleblower complaint about the president's dealings with Ukraine. The matter ultimately led to Trump's impeachment in the House before his acquittal in the Senate.

Trump has also refused dozens of congressional subpoenas and asserted to the courts that they lack jurisdiction to oversee his responses to Congress.

"We wanted inspectors general because of an out-of-control president named Richard Nixon and this president is trying to destroy them," said Danielle Brian, executive director of the Project on Government Oversight. "What's happened this week has been a total full-on assault on the IG system."

Fine is a career official who has served Republican and Democratic presidents. He had been acting Pentagon inspector general for more than four years, and before that was inspector general at the Justice Department for 11 years. Fine and his staff were caught by surprise when informed of the decision Monday, and were given no explanation for the move, according to U.S. federal officials.

Trump cast his decision to remove Fine as merely cleaning house of Obama-era holdover appointments, saying those officials could be biased.

"We have a lot of IGs in from the Obama era," he said Tuesday. "And as you know, it's a presidential decision. And I left them, largely. I mean, changed some, but I left them...But when we have, you know, reports of bias and when we have different things coming in. I don't know Fine. I don't think I ever met Fine."

Because he is no longer acting inspector general, Fine is ineligible to hold the spending watchdog role. He will, however, continue to serve in his current position of principal deputy inspector general at the Pentagon. He had until now held both the acting and deputy positions.

On Monday, Trump nominated Jason Abend, senior policy adviser at the U.S. Customs and Border Protection, to be the permanent inspector general at the Defense Department.

It will now be up to Michael Horowitz, the Justice Department inspector general and chairman and the Council of the Inspectors General on Integrity and Efficiency, to appoint a new stimulus spending watchdog head.

The new law mandated that the group to conduct and coordinate audits, with investigators looking for waste, fraud and abuse of taxpayer money in the disbursement of loans, loan guarantees and financial payments to households and businesses. The oversight mechanisms were the subject of contentious negotiations between Republicans and Democrats. Trump, when signing the bill into law, questioned the constitutionality of the provisions and asserted in a statement that the administration will not allow the inspector general to provide certain information to Congress without "presidential supervision," calling it a violation of executive branch authority.

Fine's removal, which was first reported by Politico, drew criticism from Democrats. House Speaker Nancy Pelosi of California called Fine's removal "part of a disturbing pattern of retaliation by the president against independent overseers fulfilling their statutory and patriotic duties to conduct oversight on behalf of the American people."

Senate Minority Leader Charles Schumer, D-N.Y., said, "President Trump is abusing the coronavirus pandemic to eliminate honest and independent public servants because they are willing to speak truth to power and because he is so clearly afraid of strong oversight."

Paul Rosenzweig, a Department of Homeland Security political appointee in the George W. Bush administration, blasted the president's removal of Fine as "an affront to independence and oversight."

Said Rosenzweig: "Frankly, if the House of Representatives does not condition all further covid aid on the restriction of the president's removal authority, they will have made a mistake."

Trump also has on his radar the inspector general of the Department of Health and Human Services, whose office Monday released a survey of more than 300 hospitals across the country finding that the top complaint was a "severe" and "widespread" shortage of testing supplies and protective gear.

That finding contrasted with Trump's rosier assessment that the country had carried out more covid-19 testing than any other in the world - nearly 1.8 million tests to date. Trump seemed perturbed by reporters' questions asking him to square his remarks with the survey conducted by the HHS watchdog.

"So give me the name of the inspector general," he said. "Could politics be entered into that?"

Christi Grimm, the agency's principal deputy inspector general since January, began working for the inspector general's office at HHS in 1999, and, like Fine, has served under both Republican and Democratic presidents.

On Tuesday morning, Trump tweeted disparagingly about Grimm, selectively highlighting her service during the Obama administration.

"Why didn't the I.G., who spent 8 years with the Obama Administration (Did she Report on the failed H1N1 Swine Flu debacle where 17,000 people died?), want to talk to the Admirals, Generals, V.P. & others in charge, before doing her report," he tweeted. "Another Fake Dossier!"

The Cares Act also created a special inspector general at the Treasury Department to oversee the spending of $500 billion of the stimulus package. Trump has signaled his intent to nominate White House lawyer Brian Miller to serve as the new special inspector general, whose work will be coordinated by the Pandemic Response Accountability Committee.

Miller, a former General Services Administration inspector general in the Bush and Obama administrations, gets good marks from watchdog groups, though there is some skepticism about his independence given his White House role.

Inspectors general have existed in the military since the country's founding, but Congress established the position in statute in 1978 in response to Nixon's abuse of executive power during the Watergate scandal. The idea was that the watchdogs would investigate wrongdoing in the agency and report to the agency head as well as Congress.

"That's what made that law so special," said Brian of the Project of Government Oversight. "The inspector general is unlike any other position in government, where a member of the executive branch is authorized to speak directly to Congress. That's where they derive their power."

But the Inspector General Act still permits a president essentially to fire inspectors general at will, as long as Congress is notified in writing with an explanation. The House in 2008 passed a measure that would have required the president to have "cause," to include abuse of authority, malfeasance and conviction of a felony or conduct involving moral turpitude. But the measure failed in the Senate.

"The only way we will be able to save the entire IG system is if the Congress passes those protections," Brian said, "because what's happened this week is going to make it impossible for any IG to be able to conduct their job with the vigor you would want--because they know they'll get fired."