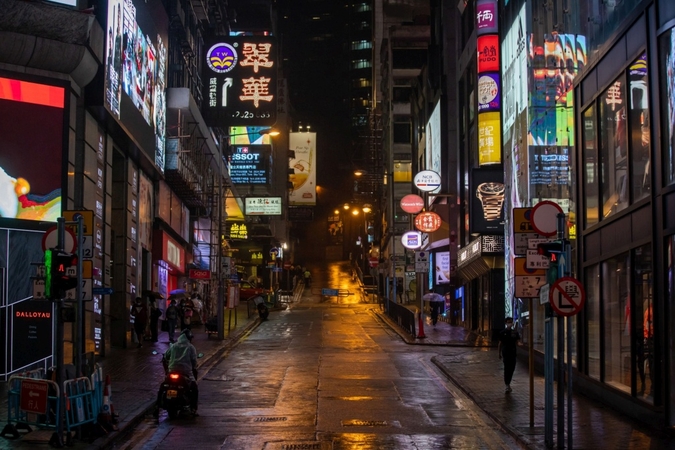 Pedestrians walk along the near deserted Lan Kwai Fong at night in the Central district of Hong Kong on March 28, 2020. MUST CREDIT: Bloomberg photo by Paul Yeung.

The spending package will include an HK$80 billion job security program to subsidize 50% of wages for affected workers for six months, Lam said in a press conference Wednesday evening. Lam and other key officials will reduce their salaries 10% for one year.

The Hong Kong government has been under pressure to add more support for an economy that had already slid into recession following months of political unrest and now faces shutdowns to curb the virus outbreak. In February, the government announced a HK$30 billion anti-epidemic fund and a HK$120 billion relief package in the annual budget centered on a HK$10,000 handout to all permanent residents age 18 and above.

"This will be a step up by the government to help SMEs to survive and to hopefully prevent a mass wave of unemployment and support low-income groups," said Tommy Wu, senior economist at Oxford Economics in Hong Kong. "It looks like this is sizable enough to cover many workers who have been affected by the virus outbreak."

The additional spending announced Wednesday almost doubles Hong Kong's projected budget deficit for the 2020-2021 fiscal year to HK$276.6 billion from an earlier estimate of HK$139.1 billion, Lam said. This accounts for about 9.5% of gross domestic product, she said.

Government reserves are expected to drop to as low as HK$800 billion as a result of the relief measures, Financial Secretary Paul Chan said at the press conference. That is equivalent to about 14 to 15 months of government spending, he said. The government's finances are still sound and there is no immediate plan to issue debt, he added.