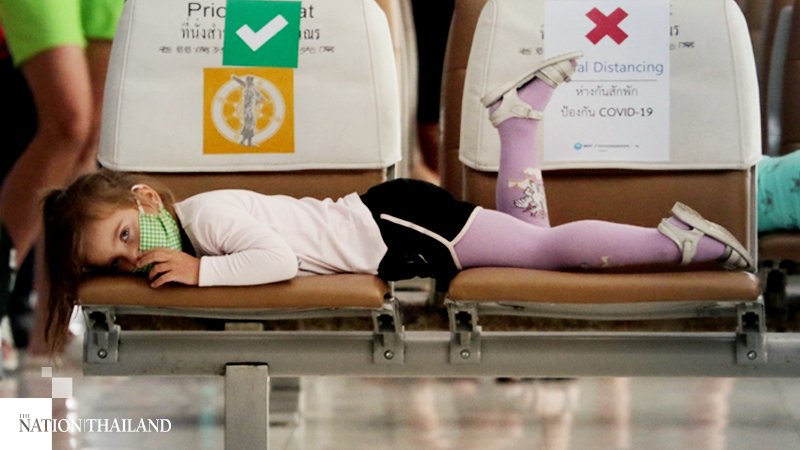 Gradually reopening cities may be the best option to contain the spread of Covid-19 while allowing some businesses to restart, an economist at the Thailand Development Research Institute TDRI said.

Somchai Jitsuchon, research director at TDRI, an independent think-tank, is pondering the resumption of city life when the nationwide curfew and lockdown ends on April 30.

He said many people are sceptical that cities will return to full functioning after the month of lockdown, as it may take longer to get the Covid-19 pandemic under control.

Lockdown is a tool to enforce social distancing, but there are other measures being applied that are not mandatory, Somchai explained. These are divided into three groups:

First, educating people about preventing contagion by washing hands frequently, wearing face masks, and staying 2 metres apart. Second, corporates and organisations screening for body temperature and mask-wearing on entry to their buildings or offices. And third, government testing asymptomatic people and arranging quarantine at home or elsewhere for risk groups.

In January China imposed drastic measures to shutdown Wuhan, the epicentre of the outbreak. Three months later, the Chinese government has started to reopen the city.

Meanwhile South Korea, Taiwan and Japan have not imposed drastic lockdowns, yet have succeeded in slowing the rate of new Covid-19 infections. South Korea cut the rate to only 1 per cent after its total cases reached 10,000 in early April. This better than the United States or countries in Europe, despite South Korea not imposing the severe lockdowns seen in Italy. New cases in Italy rose15-20 per cent after reaching the 10,000 level, although that rate finally slowed to 3-4 per cent when cases totalled 100,000.

Taiwan had 376 cases as of April 7, or only 16 infections per 1 million population – half Thailand’s infection rate of 32 per million. Although it discovered its first case only one week later than Thailand, Taiwan’s infection rate has been much slower since total cases reached 100.

Taiwan is only testing about 1,500 people per million people, or about one-sixth of South Korea’s testing rate. Taiwan’s outstanding results derive instead from tracking risk groups and applying strict quarantine.

However, we must be cautious about interpreting these numbers as meaning that if we apply only the third set of measures mentioned above – widespread testing and quarantine – then we can relax all other restrictions significantly. There are other factors involved, including people’s hygiene awareness and cooperation. The measures introduced by corporates and other organisations could also become game-changers, said Somchai.

Japan may also offer lessons, since its relatively slow infection rate meant it took 66 days before total cases reached the 1,000 threshold. Japan tested a small number of people for virus – 300 per million – or one-fifth of Taiwan’s test rate and one-30th of South Korea’s. Japan has not imposed city lockdown, but it has likely done better because Japanese practise social distancing and have a culture of cleanliness.

Somchai suggests that countries need to apply a range of different measures which also meet their own specific socio-economic context.

For Thailand, people should be educated on what preventive measures to take in various situations – in their own homes , dormitories, condominiums, fresh markets, and mini-marts. They should travel by ordinary, rather than air-con, buses in order to reduce risks of coming into contact with the virus. People in very corner of society should be educated so that they apply preventive behaviour voluntarily.

At the same time, the government has to up its efforts in virus testing, tracing-and-tracking and quarantine in order to protect healthy people and prevent infectious people spreading the virus. Signs suggest that Thailand’s virus-testing capacity has increased rapidly, although it is still not on par with South Korea and Germany, said Somchai.

Thailand needs to do more on tracing, tracking and quarantine by, for example, using tele-medicine so that a small number of doctors can screen large numbers of people for virus testing and quarantine. Somchai suggests gradually reopening cities but with three considerations. The first thing to consider is places with high risk of contagion by their nature. Second, are there measures to reduce risks without too much cost? Third, if proper measures remain in place, how soon can economic activities resume. Authorities have to take into account both disease control and economic cost, he added.

Different measures should be applied to public institutions such as schools, universities, museums and libraries, as well as small, medium and large businesses.

For large businesses, the Thai Chamber of Commerce or Federation of Thai Industries may introduce measures. For example, mandatory temperature-taking and mask-wearing for shoppers in department stores, while providing hand gel dispensers every 20 metres in shopping areas and enforcing 1.5-metre social distancing.

Small businesses such as hairdressers, beauty salons and small restaurants may not have the capacity or knowledge to handle reopening. They may have to consult universities, foundations, or research centres. In China, small restaurants have arranged panels to separate tables.

All risk reducing measures should be clearly announced and strictly enforced by the government, with penalties for violators. The government could launch pilot projects for two weeks after April 30, with trials runs in Bangkok or certain provinces so as to compare easing measures to find the best options. The government may then reimpose lockdowns according to its assessment of the Covid-19 situation in different locations. Results of the trials will indicate whether we can go ahead with lockdown easing, or what restrictive measures needed to be adjusted, Somcha said.

He concluded that these are primary proposals, and that people should also participate in introducing proper measures for the reopening of cities. The resumption of normal life should be done gradually in order to contain the spread of virus but at the same time resume some economic activities.

“The most important thing is to ease hardships being suffered by the poor, because this would lower the government budget to cushion the impacts of the virus,” he said.