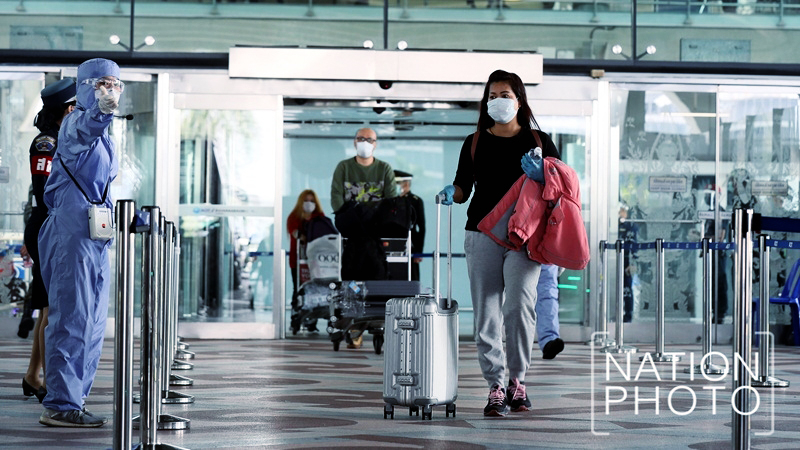 Officials at the airport’s international communicable disease control checkpoint found that three of the returnees had fever, so they sent them for further tests to a hospital.

Military officers at the Royal Thai Armed Forces Headquarters and Tourist Police took the other returnees to a hotel in Bangkok for 14 days of quarantine to monitor their health.