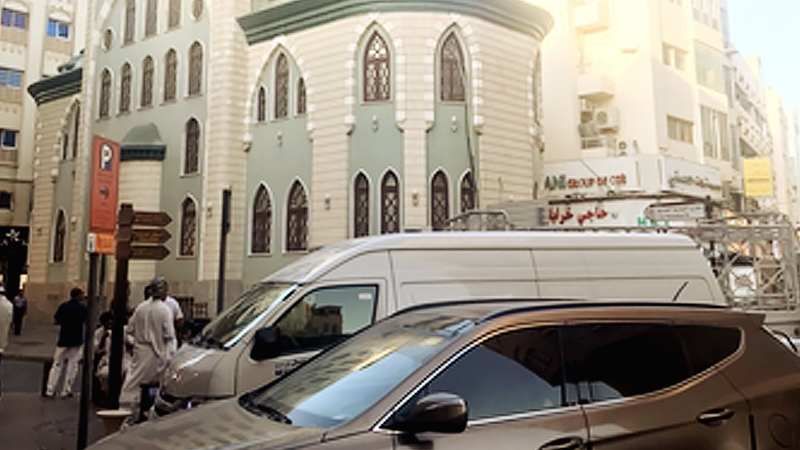 The combined shock of collapsing oil prices and the coronavirus pandemic is forcing the Arab Gulf monarchies to rethink their policies toward the majority of the region's private-sector workers: expatriates.

The deepest peacetime recession since the 1930s is claiming millions of jobs worldwide, but in the $1.6 trillion Gulf economy job loss typically compromises everything from immigration status to the ability to open a bank account, rent an apartment or get a phone line, all of which often require employer permission. Comprising some 30 million people, virtually all foreign workers have no clear route to attain permanent residency or citizenship.

Gulf economies have leveraged their oil wealth to swell their populations with foreign workers and build vibrant consumer societies. The region's economic makeover has catapulted Saudi Arabia -- alongside Germany, a country more than twice as populous -- into the world's second-biggest destination for migrants. The U.A.E., with a local population of around 1 million, last year hosted more migrants than France or Canada, according to United Nations estimates.

The appeal for foreigners was obvious. Generous wages and little or no taxes could turn a stint in the Middle East into a profitable venture for fresh arrivals at all payscales. For many, the prospects are fading though, as government budgets are ravaged and most shops close, travel is suspended and construction put on hold.

Initial data has not been promising. U.A.E. firms reduced employment in March at the sharpest pace since IHS Markit began tracking operating conditions in the country's non-oil private sector. The International Labor Organization has warned that more than 1 billion workers around the world are at high risk of a pay cut or losing their job because of the coronavirus outbreak.

Even before the latest crisis, Gulf governments had begun making changes to ensure the foreigners their economies increasingly depend on could stay through the bad times as well as the good. The U.A.E., where more than 85% of the population is foreign, took steps toward offering long-term residency. Qatar implemented similar measures.

"How people are treated now in terms of when they exit, or try to renew contracts, or get their end-of-service payment will determine how attractive the labor market is, especially for higher paying jobs, for a long time," Young said.

Gulf states have also started to show willingness to bend rigid immigration standards, if only for the short term. Qatar said foreigners with expiring visas could stay an extra a month. The U.A.E. eased some renewal criteria and pledged support for visitors stuck after borders were closed. It also encouraged employers to opt for unpaid leave and salary cuts instead of layoffs.

But even as countries in the Gulf have rolled out tens of billions of dollars worth of stimulus measures geared toward helping companies and banks survive the slowdown, most initiatives are targeted at business owners rather than workers.

Another priority has been to protect citizens first. As Saudi Arabia moved to avert large-scale layoffs, authorities only pledged to help struggling companies with wages of the kingdom's nationals.

"The governments are not going to make long-term fundamental changes to immigration policy on the fly," said Christopher Payne, chief economist at Peninsula Real Estate in Dubai.

"Businesses will respond differently depending on their circumstances," said Ali Al-Salim, co-founder of Arkan Partners, a consulting company for alternative investments including hedge funds and private equity. "My concern is that SMEs are at the center of the Gulf's economic diversification drive, and they may suffer most."

Workers who face reduced pay will struggle to make ends meet in high-priced locales. Kuwait allowed the tens of thousands of expatriate teachers and their families to leave the country until schools reopen, something that may also take the pressure off the healthcare system.

The situation is particularly precarious for low-income migrant laborers, who could be left destitute without government support. Charities have stepped in to fill the void in Qatar and Kuwait, but job losses will also affect other economies: the Gulf is now a crucial source of remittances for countries from Southeast Asia to North Africa.

The total amount of money sent home by migrant workers could be as high as twice the official number of $70 billion to $75 billion, said George Naufal, co-author of "Expats and the Labor Force: The Story of the Gulf Cooperation Council Countries."

The expat population is "critical, and in some sectors it's existentially important," Naufal said. "The idea that the local population is growing and it's going to take over those available jobs is not really feasible."