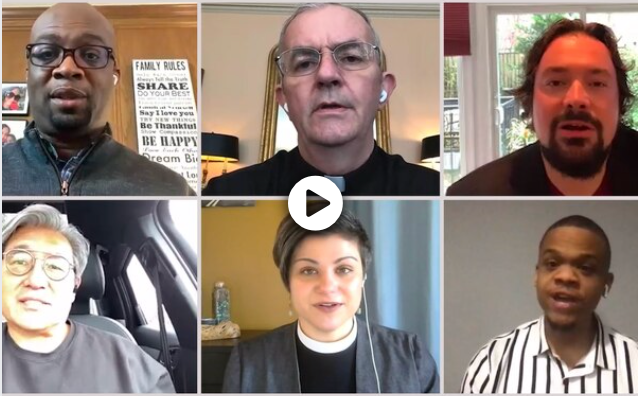 Coronavirus deaths confirmed in the United States topped 20,000 on Saturday - eclipsing the total in Italy, the world's hardest-hit country - as state and local leaders in New York sparred over a decision to close the nation's largest school system for the rest of the academic year and almost the entire country came under a federal disaster declaration.

It was an ominous start to a holiday weekend on which President Donald Trump had once hoped to "reopen" the country - and a sign that the pandemic's most painful phase is far from over.

With the approval of a disaster declaration in Wyoming and the report of 1,863 new deaths nationally, the United States reached two grim milestones Saturday: All 50 states are now in a state of emergency, and the U.S. outbreak is the deadliest in the world.

If the death rate in the United States - with a population of 328 million - were to match that in Italy, more than 100,000 Americans would die.

But after two harrowing months of extreme social distancing and devastating loss, Italy's disaster seems to be easing; the number of new cases reported daily has fallen almost by half since the peak in late March. The United States is still on the upward slope of its pandemic "curve," with the number of new cases increasing almost every day.

As Americans desperately seek assurance that the country has identified a path out of its crisis, the official response to the pandemic has remained fractured and uncertain.

In New York, parents grappled with the prospect of having their kids at home through June while Mayor Bill de Blasio, a Democrat, and Gov. Andrew Cuomo, a Democrat, offered conflicting guidance on the status of the city's school system. The end of the New York City school year is June 26. At a news conference Saturday morning, de Blasio said public schools would switch to remote learning for the remainder of the academic year, saying it was a "painful" decision that would save lives. But just a few hours later, Cuomo dismissed the mayor's announcement as an "opinion" and said he had yet to make a formal decision.

United Federation of Teachers President Michael Mulgrew praised the move to close physical classrooms through the end of the year, "regardless of who is responsible," he added.

But many New York parents felt whiplashed by the back-and-forth over a decision that seemed tilted in favor of the prolonged closure.

"The mixed messaging is really confusing to me and very upsetting," said Laurie Schoeman, a director for an affordable housing nonprofit, who lives in Brooklyn with her 4-year-old son, Ezra. "Why can't the mayor and the governor get on the same page?"

New York's apparent switch to remote learning for the rest of the school year follows similar moves in at least 19 states and three U.S. territories. School closures of any duration have affected roughly 55.1 million students, according to data tallied by Education Week.

Ezra is much too young to learn on his own, said Schoeman, a single parent, and remote resources from his school have been spotty. She worries about the effect this lost learning time will have on his intellectual and social development, but it's all she can do to keep him out of trouble while she works her full-time job.

For New York City's 1.1 million students, the closure means missing classmates and losing face time with teachers. High school seniors won't have a graduation ceremony or prom, though de Blasio said the city was working to make sure they graduate on time.

In a system where the vast majority of students are low-income, some buildings have remained open to serve families who depend on free or reduced-price school lunches, and schools have scrambled to provide students with computers and other equipment needed to work from home.

But Erin Fleischauer, who teaches 9th and 10th grade at the Brooklyn International School, still struggles to keep in touch with her classes. Her school serves kids who have immigrated within the past four years, and many of her students work to help support their families. When they do submit assignments, such as journal entries that she asked them to write about the pandemic, they talk of traumas from their pasts: the deaths of parents, their time in Immigration and Customs Enforcement detention centers.

Some of the old goals for students have fallen by the wayside, she said. "We're just trying to support the welfare of our children."

The contention over school closures is emblematic of the fraught debate over when and how to ease the social distancing measures that experts say have slowed the pandemic and saved lives.

In his daily briefings and private calls with outside officials, Trump has sought a strategy for resuming business activity by the end of the month. But leaders in states with some of the biggest outbreaks caution against actions that they say could lead to another spike in cases.

"It's one thing to make a mistake once," Cuomo said Saturday, "but this nation should not go through it again."

In an interview with MSNBC's Brian Williams on Friday night, Anthony Fauci, the director of the National Institute of Allergy and Infectious Diseases, said he hoped the nation would find a "real degree of normality" by November.

The country is still ramping up its response to the virus. Invoking its powers under the Defense Production Act, the Pentagon announced Saturday it will invest $133 million to increase domestic production of N95 masks, which are needed by health-care workers on the front lines of fighting the virus.

Some 39 million masks will be produced over the next 90 days by companies yet to be announced, the Defense Department said. It is the Pentagon's first project under the DPA, and many Democrats have said that the White House should use the power more often in response to the pandemic.

The parties have also battled over how to distribute relief money to small businesses and other institutions affected by widespread closures.

Meanwhile, the nation's governors issued a letter to Congress on Saturday asking for $500 billion to rescue local services imperiled by the economic crisis and to stabilize state budgets decimated by the downturn.

And across the country, Americans braced for more of the unthinkable: empty churches, silent ballparks, students struggling to learn over a Zoom connection, families going without food, doctors desperate for protective equipment and an ever-lengthening list of the dead.

In an interview, Rev. Timothy Cole, a priest at Christ Church Georgetown who had been the District's first known covid-19 patient, said this moment feels more like the "darkness" of Good Friday - when Christians believe Jesus died on the cross - than the rebirth celebrated by Easter Sunday.

"We can't see the end of it yet. There's still tremendous costs to be paid," Cole said. "But we know there will come a day when we can see an end in sight . . . and we can start thinking about beginning again."