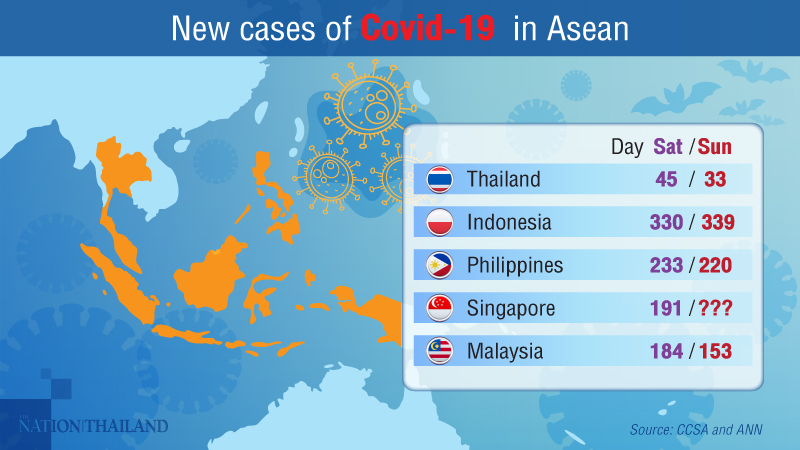 The number of new Covid-19 cases in Thailand is showing a declining trend but continues to be on the rise in Asean, making the pandemic an overhanging threat.

“Our declining number is most encouraging but we cannot let our guard down as the numbers in the rest of the world are still rising,” said Taweesin.

The 33 new cases in Sunday compares with 54 new cases on Thursday, 50 on Friday and 45 on Saturday.

He said many Asean countries have seen an increase in the number of new cases: Indonesia found 330 new cases, Philippines 233, Malaysia 184 and Singapore 191 on Saturday, he said.

New cases in India and Japan have also jumped. Thailand and South Korea are Asian countries with declining number of new cases, he said.

New confirmed cases in the Philippines and Malaysia on Sunday were 220 and 153 respectively.

“Since Thailand has to engage in international trade and investment with other countries, the virus situation outside Thailand also is a cause for concern for us,” he said.